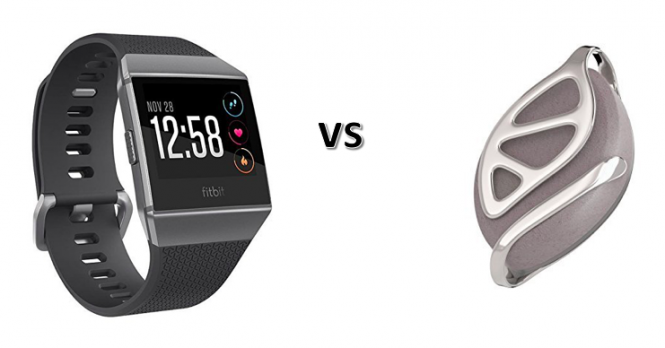 Fitbit and Bellabeat both offer fitness trackers that allow users to keep track of their activities easily.

How does one brand compare to the other?

Main Differences Between Fitbit vs Leaf

The main differences between the Bellabeat LEAF vs Fitbit are: 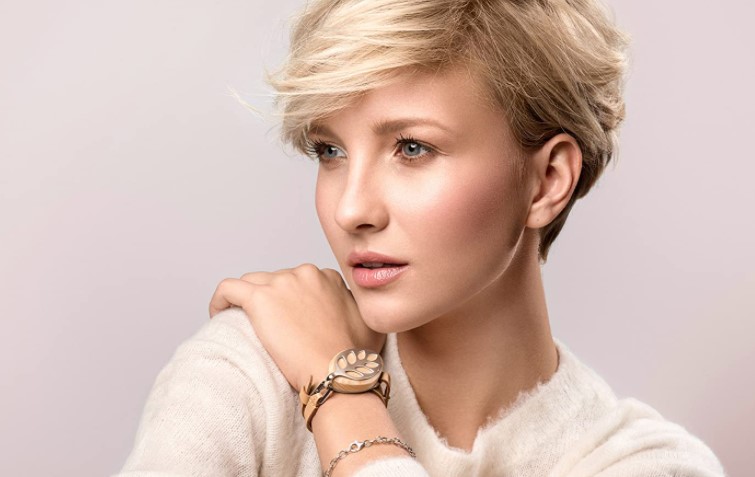 Both companies offer fitness trackers that cater to health-conscious consumers who want to keep track of their activities, fitness, sleep, and exercise.  However, Bellabeat’s smart jewelry is more geared towards women.  On top of doubling as fashion jewelry, some of its capabilities are made especially for women, such as tracking menstrual cycles and pregnancy.

Bellabeat also has a more holistic approach to fitness tracking, giving you a full picture of your overall fitness, which includes the activities you do, your meditation sessions, your stress levels, and your sleep.

Fitbit, on the other hand, is geared towards the more sporty set.  In fact, the company has pretty much designed its devices for ruggedness and durability, rather than go for an eye-pleasing design.  Unlike Bellabeat’s use of metal and wood, Fitbit uses durable elastomer material for its trackers.

Fitbit’s design also largely appeals to men, with its muted simplicity and safe colors, although they have recently come out with more feminine designs and introduced more feminine colors such as pink and rose gold.

Range of Products, Prices and Features

When it comes to the range of wearable technology products, Bellabeat is much more focused on smart jewelry.  The brand has four types of Leaf health trackers, each one having a different mount, design and color.  The smart jewelry offered by Bellabeat keeps things very simple.

Bellabeat’s fitness tracking jewelry tracks the quality of your sleep, including your sleep duration and sleep quality, and it even lets you set an alarm. It also tracks your activity, counts the number of calories you have burned, estimates the distance you have moved, counts the steps you’ve taken, and determines how long you were active.

What makes Bellabeat a really great brand is that it also tracks your meditation sessions, as well as gives you easy-to-follow guided meditations.

With Bellabeat’s accompanying mobile app, you can predict how vulnerable you are to stress.  You will also see how much meditation is helping you, as well as determine the effects of sleep and certain activities to your stress levels.

You also get to keep track of your menstrual cycle or your pregnancy.  The app can also help you determine which days you are fertile or ovulating, and when need to take your birth control pills.  Meanwhile, Fitbit has three main product lines for its wearables. 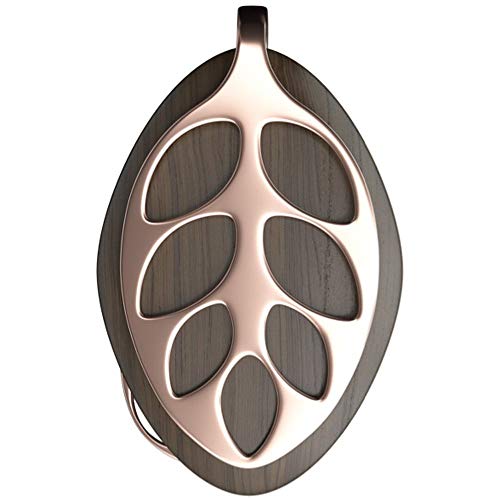 The Fitbit Wristbands and Clips. There are currently three products under this category: the Fitbit Zip, the Fitbit Flex 2, and the Fitbit Alta.

Prices for these products are mostly very affordable.  The Fitbit Zip and the Flex 2 are available for only $60, while the Alta sells for $150.

The Fitbit Zip trades features for simplicity, and you do not have to wear it since you can just clip it from anywhere.  It can only track the number of steps you have taken, the calories you have burned, and the distance you have traveled.  It also functions as a clock.

The similarly priced Flex 2 can track your sleep and alert you about incoming texts and calls, and it also has some exercise features.  However, it does not have the kind of display that the Zip does.

Meanwhile, the Alta has most of the basic features that Fitbit offers, except for counting the number of stair steps you have climbed.  It is not swim-proof like the Flex 2, but it offers more exercise and smart features than Alta.

The Fitbit Wristbands with Heart Rate.  Two bands are now being offered under this category: the Fitbit Alta HR and the Fitbit Charge 2.

The Alta HR has a sleeker profile while the Charge 2 is thicker.  The Charge 2 has all the activity features that Fitbit offers and it can notify you about your schedules or incoming text and calls. However, it does not have a screen.  The Alta 2 has roughly the same features except that it does not count the number of floors you have climbed and it has no sports tracking.

There are two smartwatches currently being offered by the company: The Fitbit Blaze and the Fitbit Ionic. Both smartwatches offer the exercise and sleep tracking features offered by Fitbit, but the Ionic offers more smart features, such as allowing you to make cashless and wireless payments, giving you access to popular apps, and allowing you to store music on the device itself.

Another difference is that the Ionic has its own GPS antenna while the Blaze, like all other earlier Fitbits, rely on your phone’s GPS.

When it comes to features and prices, there is a Fitbit for everyone, from budget devices to splurge-worthy smartwatches.  Bellabeat does not really offer as many choices.  If you want a fitness tracker, you can choose between both Bellabeat and Fitbit.

But if you want one with smart features, then you should get any of Fitbit’s smartwatches or its watches with HR trackers.  Bellabeat does not have smart features other than being able to connect to the smartphone app.

Women who like to dress up and accessorize while getting a general idea of their fitness would be happy with the Bellabeat Leaf.  It delivers accurate activity tracking, while also being on top of your sleep, meditation, stress, and monthly menstrual cycles.

Aside from that, it also delivers when it comes to aesthetics; every Bellabeat Leaf is eye-catching and stunning, and something that you would want to wear. Another plus for the Bellabeat Leaf is that you can wear it in a variety of ways.

You can wear it as a pretty necklace pendant, you can wear it around your wrist as a bracelet or a bangle, or you can simply clip it on your shirt. Furthermore, the Bellabeat Leaf is perfect for those who do not want to constantly recharge their fitness trackers.  One standard coin battery is enough to power it for six months.

However, men might not really benefit much from a fitness tracker that is designed especially for women.  Also, the device is not waterproof, which means you have to take it off when you swim, or when you take a shower.  Moreover, you need to wear it differently for different types of tracking.  Some of its tracking mechanisms are not really dependent on the tracker itself.

For instance, the menstrual cycle tracker uses dates of when your last period started and ended to calculate its predictions.  This might not be useful for those who have irregular periods.  Additionally, the stress tracking feature is not really a good measurement of your stress levels.  It does not rely on your body’s responses such as heart rate.  Instead, it uses guided breathing exercises.

Lastly, using the Bellabeat Leaf has a lot of caveats.  It has to be worn close to your body for the stress tracking feature to get accurate data, and you have to check if the automatic sleep tracking really works as it should.  There are ways to wear the Leaf or else you would not get accurate activity tracking data.

The Fitbit would be perfect for men and women who want to keep track of everything without really thinking too much about their fitness trackers.

There is a reason why Fitbit is the company to beat when it comes to fitness tracking devices: they were first, their devices are easy to use, and they have been proven to be accurate.  As far as features and functionalities go, there is a Fitbit that suits you and your needs.

The range of choices is astounding, so Fitbit even came up with a four-question quiz to help you decide which one is best for you depending on the activities that you do, what you want your tracker to look like, your level of fitness, as well as the features you are looking for.

In sum, Fitbit offers fitness trackers and devices for those who are serious about their fitness and health.  However, the range of designs that caters to women is rather limited. This is not to say that Fitbits are not much to look at, but Bellabeat Leaf eclipses their feminine aesthetics by a mile.

If you want some that LOOKS elegant and has robust sleep tracking, the Bellabeat  is best. However, for everyone else, the Fitbit products have more robust and reliable technology in the back.