Getting in shape can sometimes be a hard road to stick with and we need all the assistance we can get. Luckily, with the modern era of technology, we now have fitness trackers that can help us and there is a good chance that you have heard of a few on the market.

To make the decision process easier, this article will help you compare two of the more well-known fitness trackers on the market, the Garmin Vivofit vs Fitbit Flex. 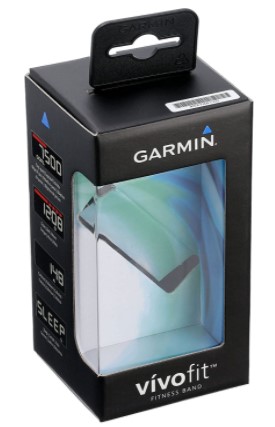 The Flex uses a relatively small band and a sturdy fastening clip. The grip around the wrist feels very light and easy, virtually as if you were not even wearing it.

The focus of the design is obviously on being lightweight and not taking any chances by making a bold fashion statement. The Flex is simple in design and simple in appearance.

The Garmin’s band has a slight bulkiness to it when compared to the Fitbit and has a sturdy more well-crafted feel to it, giving it a slightly better feel over the Fitbit. The Vivofit has a display bound to a very comfortable wristband and the interchangeable wristband comes in two different sizes and has the choice of several different colors.

As far as style, it is not quite on par with some others, but still a nice-looking fitness tracker. If you like the feeling of a little weight and that you are actually wearing something, then the Garmin has to be your choice.

Both the Garmin Vivofit and the Fitbit Flex are designed and produced for comfort and can survive in water as well. In this particular category, one does slightly edge out the other.

The Fitbit Flex is designed with a special material made with elastomer, commonly used in today’s sports watches. It is certainly water-resistant, withstanding a shower and it also has the durability to be submerged in 10 meters of water. The Flex has consistently held up in testing with no damage to the tracker in depths of water up to 10 meters.

The Garmin Vivofit can survive the effects of a downpour as well, but what gives the Vivofit an edge here is, it can be immersed in 40 additional meters of water compared to the Fitbit, clocking in at 50 meters.

If you will be participating in some serious swimming or diving in the near future, you would have to go with the Garmin. If you will be wading poolside with the kids, then the Flex would be just fine for that. 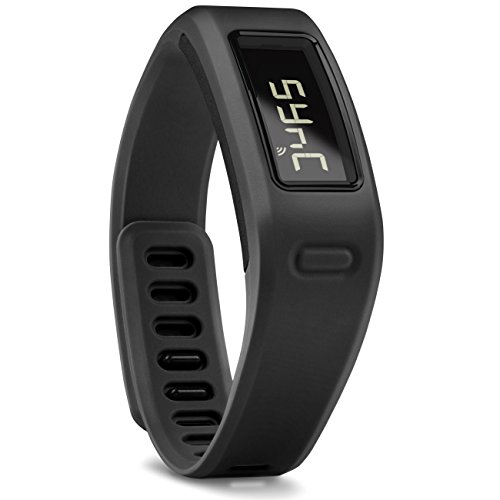 If your interest lies in the stats, and the quality of the display, the Garmin Vivofit is built with a 25.5 mm x 10mm display, which allows you the option of viewing your stats at any time directly on the band. The only time this feature becomes unusable is in the dark, due to its lack of a backlight.

You can also view your stats on Garmin Connect, which allows you to sync the data from the tracker with Garmin’s fitness community so you can analyze and share data with your friends.

No backlight is a small price to pay when compared to the Fitbit, which is void of any type of display. This leaves you only with the option to keep tabs on your stats through your smartphone or computer, which is fine for most people but some like to see stats in real-time.

If the thought of not being able to instantly view your results does not turn you off, then the Fitbit would be an acceptable choice.

In this particular comparison, the Garmin Vivofit has the edge and a rather considerable edge at that. The ability to keep it powered on for more than a year with just a pair of batteries, makes the decision a no-brainer when it comes to battery life.

The Flex will need to charge for an hour about every five days, due to its lithium-polymer battery. Therefore, if you are the type of individual who does not want to have the responsibility of charging the device on a regular basis, then the simple choice would be the Garmin.

When it comes to the matter of price, the Garmin Vivofit and the Fitbit Flex have a gap in pricing that is considerable. Based on a series of price comparisons, the research shows that the Fitbit, on average, comes out at around $100. Running at about $120 is the Garmin VivoFit.

If you are looking for an economy, then the choice obviously goes to the Fitbit Flex but if you would like expanded features, such as the display feature described above, it has to be the Garmin.

Tracking movements with the Fitbit is processed using algorithms, as with most of the current fitness trackers, and did appear to be slightly more accurate than the Garmin. In matters of driving, the Vivofit had a slightly better result and it did not reproduce some of the miscounts other devices make while driving.

When you look at the accuracy of fitness trackers, you have to consider not only the pure calculation of stats but also the amount of information available. For this reason, we give the edge to the Garmin.

The Fitbit receives high marks here, its accessibility is impressive and the attention to detail, when compared to the Garmin, is simply better. The Fitbit has no display on the wristband itself; the upside is a nice-looking app on your smartphone or computer that displays your stats.

Both fitness trackers operate on iOS or Windows-based computers. The Garmin will sync only when commanded, but the Fitbit syncs as soon as the app is opened. Both are equal when it comes to the duration of time in sync, but the Flex has a much smoother all-around operation in the way it operates, syncs, and displays information as long as you can live with no on-band display.

The Good and Bad of the Garmin Vivofit

The Good and Bad of the Fitbit Flex 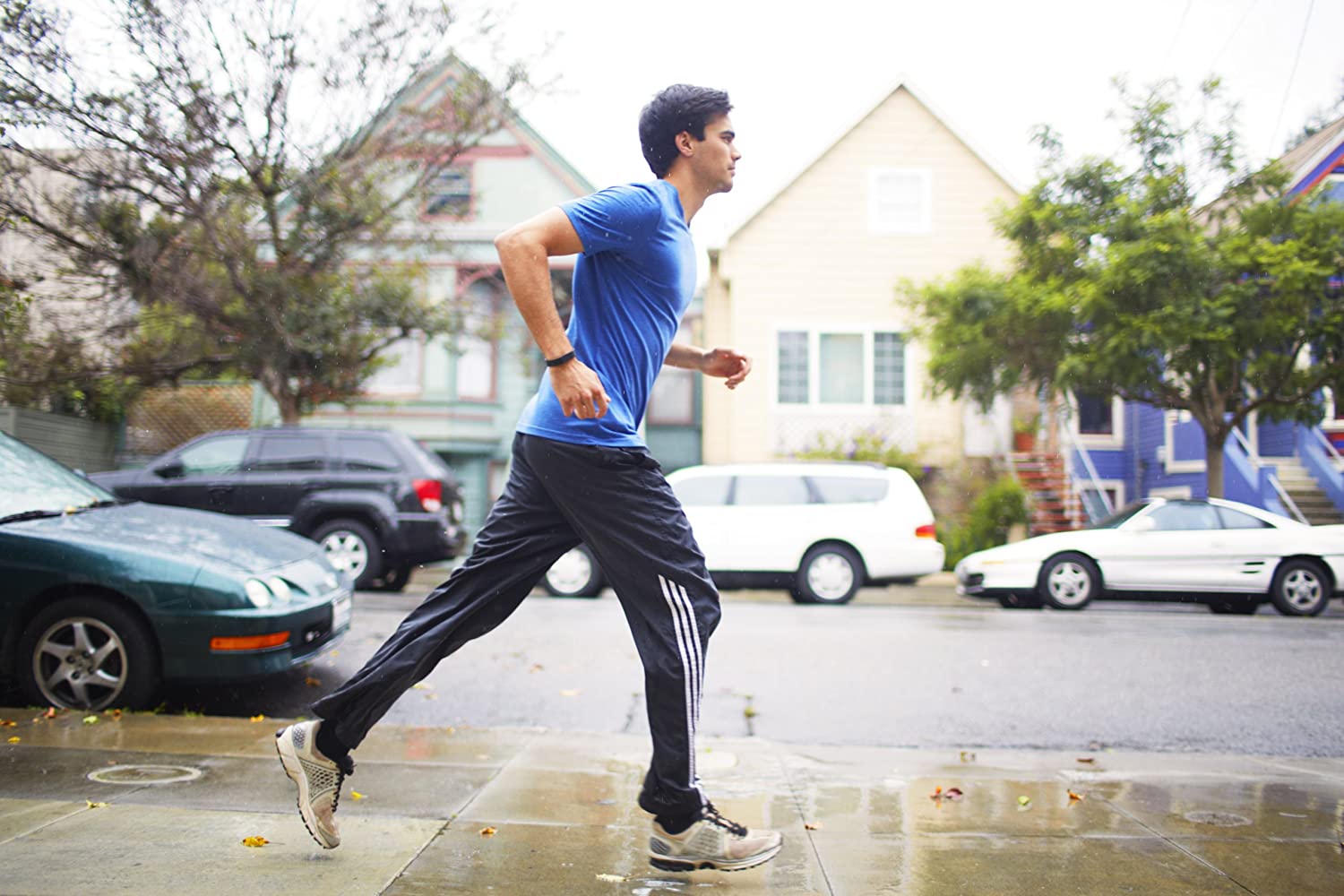 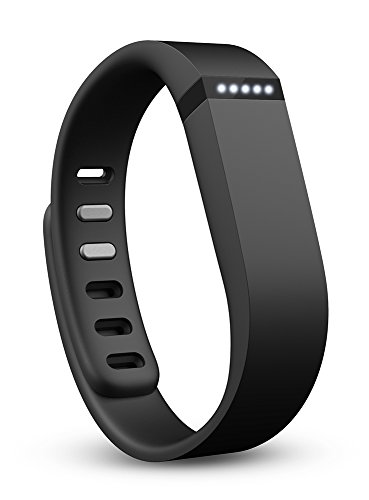 Both the Garmin Vivofit and the Fitbit Flex are quality fitness tracking devices, but in the end, when you factor in all of the elements involved, the choice would have to be the Garmin. There is a sense of better craftsmanship and a few additional features compared to the Fitbit.  Yes, it is more expensive, but only by an average of around twenty dollars.

Twenty dollars does not seem like much in this case with all the added little goodies. If you are looking for something that offers a few additional features, the Garmin Vivofit is for you.

I’ve been able to find the Vivofit for the best price at this listing.