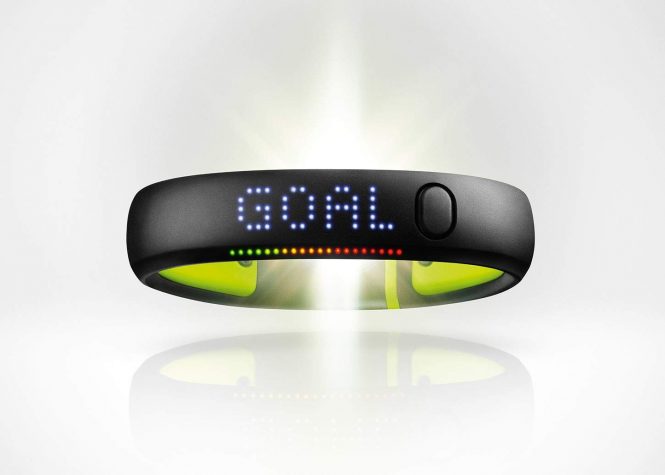 One of the original fitness trackers, perhaps the one that contributed most to the wearable craze, was Nike’s FuelBand. You may not have heard of this band and if that is the case, it’s because this line didn’t have quite the success they planned. Surprisingly enough, the FuelBand was only being sold by Nike for a short 4 years before they stopped working on it.

The Nike FuelBand SE was the second and last version produced. Nike did add new features to it to improve it’s usability, battery life and overall appearance. These improvements helped to make the FuelBand SE more appealing and some users still choose to continue wearing this band, despite knowing Nike has dropped the project.

While Nike doesn’t personally recommend you buy their FuelBand SE now, if you happen to come across a good deal for one and are able to access the app, it may work for you.

Specs and Features of the FuelBand SE 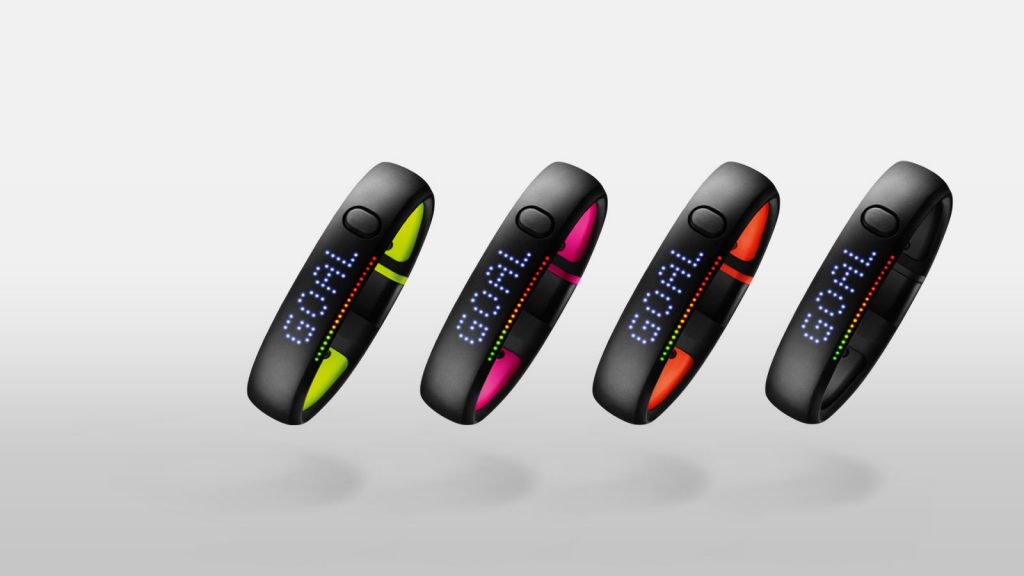 The FuelBand SE is a fairly simple fitness watch – it is essentially a thin, plain band with LED lights for the display. It comes in 5 colors:

You can also find this band in 3 sizes:

The FueldBand SE band also comes with two small links to expand the wrist size for the perfect fit.

As you can see, the FuelBand SE doesn’t have a long list of features and abilities going for it. Nike made the effort to add some new changes from their original FuelBand but that didn’t go a long way in making the SE a must-have purchase.

Advantages of the FuelBand SE 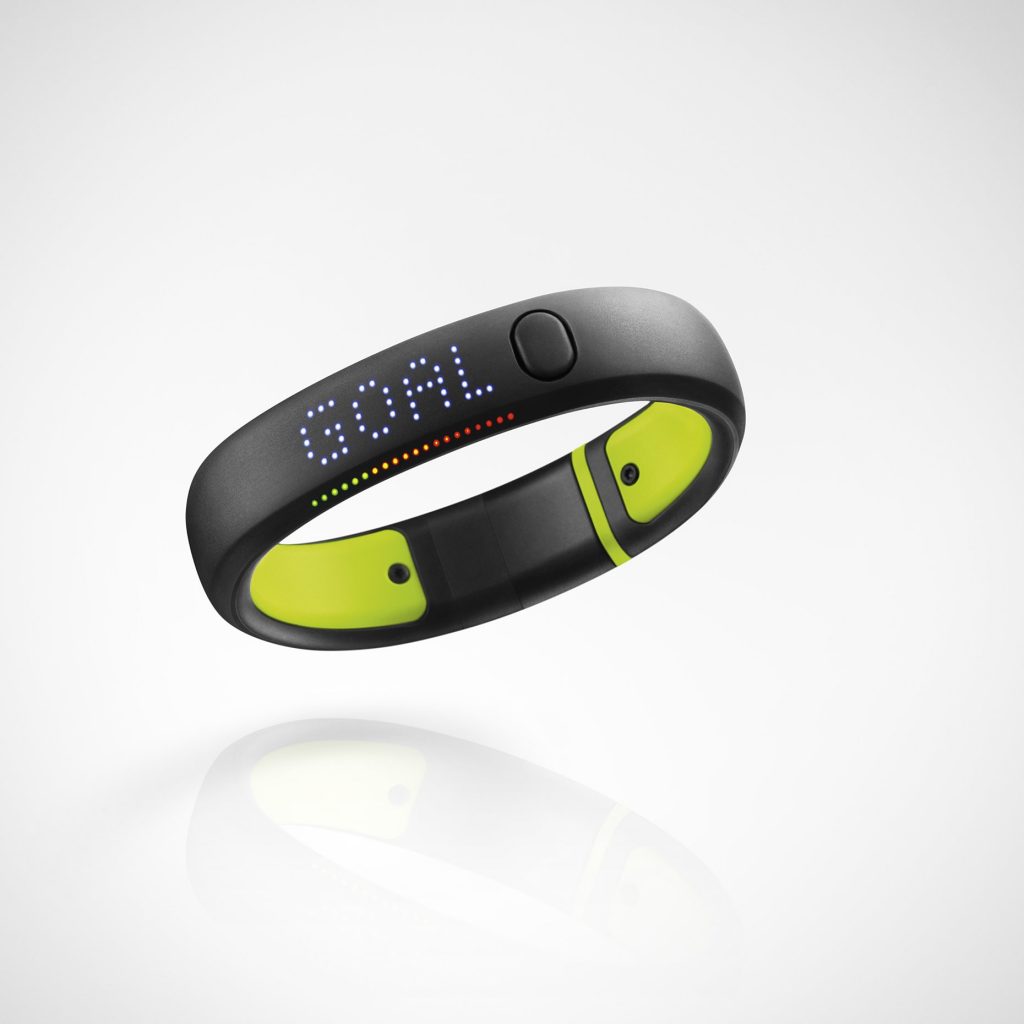 Despite some of its obvious shortcomings, the FuelBand SE does still have a couple advantages. Here are two reasons why some still choose to use this device.

One of the most common praises for the FuelBand design is how comfortable it is. The band is made out of a synthetic material that feels nice on the wrist and doesn’t cause chafing or sweating. Having 5 different color options means you can match it to your wardrobe.

The Black/Black is the most common color and really doesn’t look like a fitness watch at first glance. Going with a color inlay does give it a more sporty feel.

The SE is splash-resistant and is fairly resistant to water- a feature the original FuelBand didn’t have. While you shouldn’t go swimming with this model, you can safely wear it while taking a shower. This helps improve the all-day wear even more since you don’t need to worry about removing it while bathing, washing hands, doing dishes, etc.

Many fans of the FuelBand SE like it so much because of how simple it is. There are only a couple steps between getting your device and having it start tracking your daily activity.

Setup is really easy, making it appealing for those that have no tech/gadget experience. All you have to do is download and install the Nike+ Connect app to get started. Once downloaded you plug the FuelBand into your computer’s USB port. Creating a Nike+ profile is easy and from there you can make customizations as well as set your first daily goal.

The SE tracks the basics of steps walked and calories burned, but also calculates Fuel Points based on your progress. You also have the option of renaming certain blocks of activities to describe what you were doing.

Disadvantages of the FuelBand SE 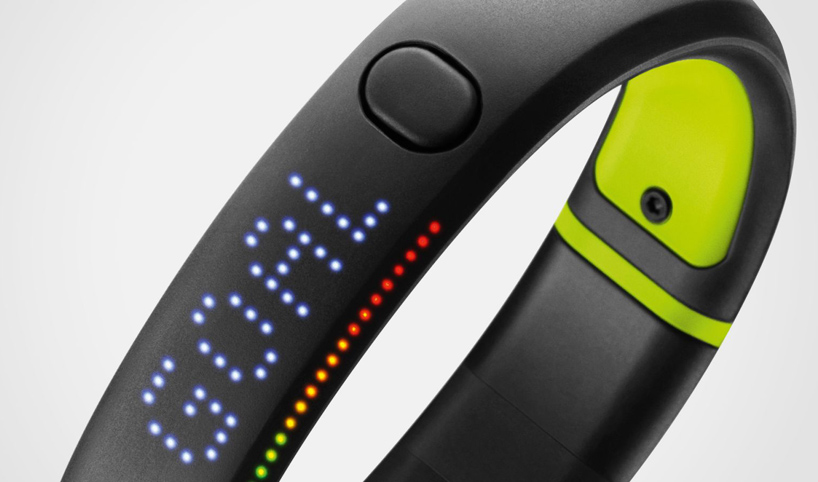 The FuelBand SE often ends up with a low rating, especially when compared to other bands that came out around the same time. The truth is the SE just didn’t have what took to really compete with brands like Fitbit or Jawbone. Here are two of the most significant complaints.

As mentioned, the SE just falls short on what a fitness band should provide. It really only tracks two measurements, steps and calories, and Nike never really explained how the Fuel points are calculated. In fact, Fuel points seem fairly useless until you start using the fitness band every day for a while. Only then can you compare and see if you are making progress.

Easy tracking functions like stairs taken are pretty common on fitness bands now but the SE doesn’t have that. Another very common metric is sleep tracking. Again, the SE doesn’t give any insight into your sleeping patterns. It doesn’t recognize sleep and you would have to go into the Fuel app and label the non-active period of time when you were asleep as “sleep”.

Another failure is heart rate tracking. It comes as no surprise that this wouldn’t have a built-in wrist tracker, but it is disappointing that it can’t be used with a separate chest band.

The ability to set goals is great but the watch also lacks silent alarms. That means you’ll have no way of knowing you’ve reached a goal unless you look at the display. Most other bands have a vibration alert to let you know of some type of notification like that.

The SE doesn’t have exercise or goal reminders either. For example, if you’ve gotten lost in your work and forget to take that walk to ensure you meet your goal, it won’t alert you to get moving.

Overall the FuelBand SE is just outdated. While you can still access the app and use the device, vast majority will agree there really is no point since Nike has given up on that technology. The band is fairly expensive seeing as how it lacks important features, and the features it does have aren’t exactly reliable.

Even when first released many customers were disappointed that the automatic Bluetooth 4.0 syncing wasn’t as seamless as advertised. It’s useful to have wireless syncing, but that’s only true if it actually works. The Nike+ Connect app was never really polished which means it still has a few bugs which will never be fixed.

Despite technology advances that would enable certain types of tracking, Nike just dropped the ball. Even their Nike Fuel points technology, another selling point many looked forward too, really doesn’t give all that much information.

Final Take on the FuelBand SE

When it comes down to whether or not you should buy the Nike FuelBand SE, it is better to put that money towards a reliable, more advanced and current fitness wearable product. Even though some still use their FuelBand SE, it simply doesn’t make sense to drop money on this product.

However, if you can find a used one for an inexpensive price or are gifted it, it could make a nice introduction to the extreme basics of fitness tracking. 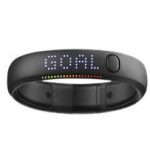