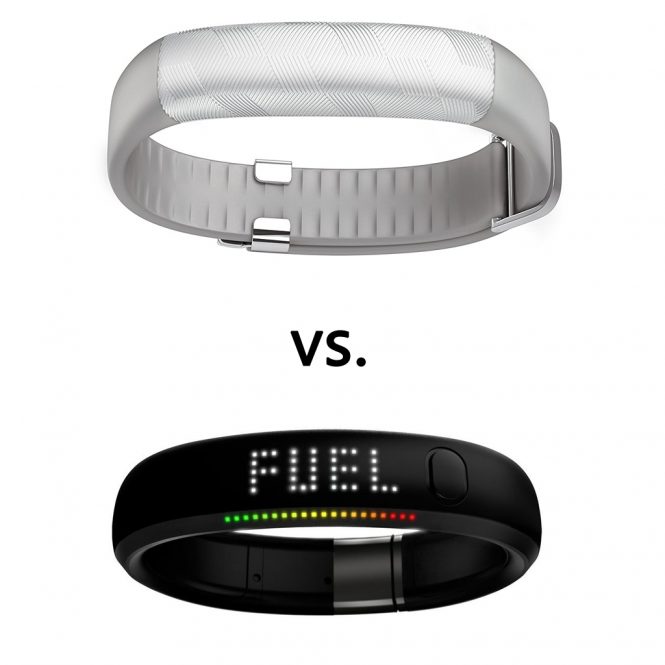 In these modern times we live in life is not only about being connected, it’s about being in touch conveniently. For most people that means having a smart phone that they carry with them everywhere to be instantly alerted of an email, a social media message, a bank transaction, an injury in their fantasy football lineup, a change in the prices of their stocks, etc.

While phones that are always connected are definitely helpful, manufacturers pondered the question to themselves of how could they make them more convenient? Not everybody likes to lug around the sizeable phones in their pocket and we’re officially in the age of the accidentally sent ‘butt e-mail’. The solution – the smartwatch.

There is the Google Watch which literally puts a phone on your wrist but for this review, we’re going to explore innovation in the smartwatch field – the fitness band. The fitness band still works in connection with a smartphone or tablet but with much more convenience.

Gone are the days of the step counters that would literally click over with every drop of the foot as the fit band and revolution monitors not only activity but also sleep, diet, and a number of other different tallies. It will even give the wearer an alert if they’ve been idle and lazy for too much of the day.

Two of the leaders in the smartwatch/fit and breakthrough are Nike and Jawbone. Most people are aware of, and likely own a pair of shoes manufactured by Nike but Jawbone is a respected developer in their own right.

If in your searches for a foray into the fit band world or a replacement for your current device you’ve narrowed down the choices to the Nike Fuelband or the Jawbone Up, let this guide help determine the winner based on your needs. 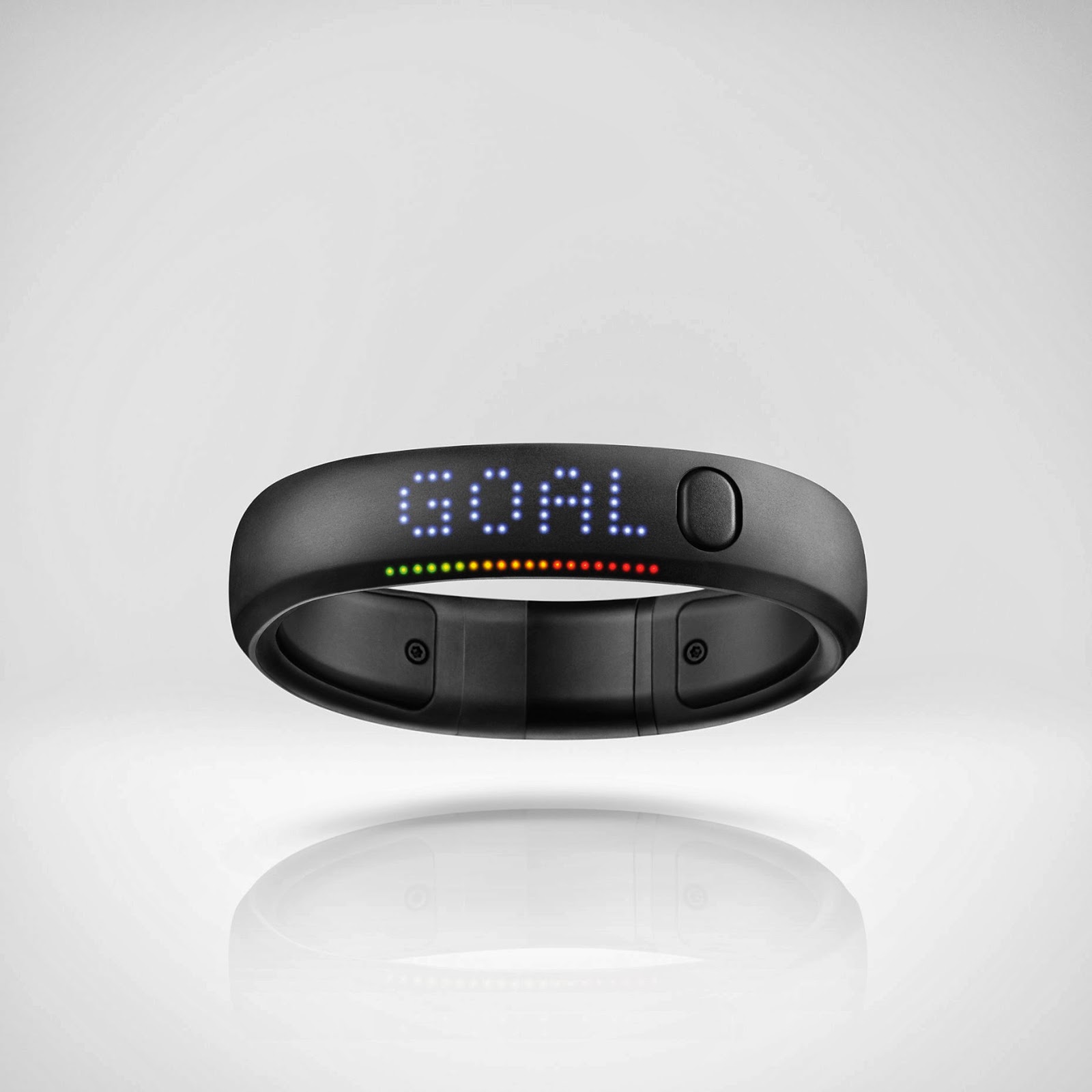 One thing about the Nike Fuelband is that its style is right on par with its functionality. As is the norm with the company’s modern line of running sneakers that are being worn in both the boardroom and the boardwalk the Fuelband offers a sharp, yet sleek look.

The product is available in a number of sharp color combos such as black/gold, black/pink, black/rose, black/crimson, black/volt, and covert black/black. There’s nothing worse than a watch that doesn’t fit a wrist tight and that annoyance could be compounded with a fitness band that slides as you run.

Nike takes care of that by offering three different sizes in addition to links that can fine-tune the fit.

While you don’t want an eyesore on your arm as you work out, the real reason for the fitness band is to improve your workouts. In a nutshell, what the Nike Fuelband does is count your movements during a workout or just over the course of the day.

If you’ve been in a lull it will alert you to get some movement and while you’re on the treadmill or doing HIT workouts it will display your progress and intensity. The aggressiveness of your workout is measured in NikeFuel which are points that accumulate as you work out.

These point totals can then be shared and compared with friends through the Nike application. Other features include the counting and tracking of calories burned in a day and asleep monitor that lets you track how restless you were the night before. 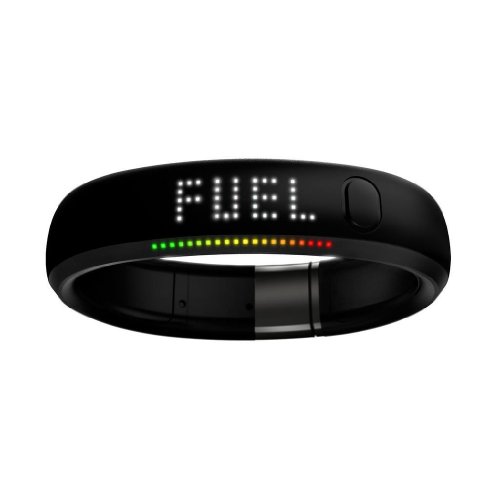 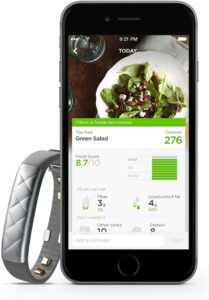 Jawbone’s first incarnation of the UP fitness band in 2011 was by their own accounts a massive failure. The band wasn’t very durable and had limited features but easily the most glaring problem was that the electronics and accompanying app simply didn’t work.

The manufacturers and engineers went back to the drawing board and the results are much better. The latest model has a similar discreet design but it is much more sturdy and reliable. The app has been reprogrammed and the band is loaded with dozens of new and improved features.

Speaking of features, it’s hard to find something the Jawband Up application doesn’t do. Just take a look at the different ways to use the Up:

Of course, very few wearers put all these apps to use and it takes some time to master them all but it’s nice to know the availability is there. 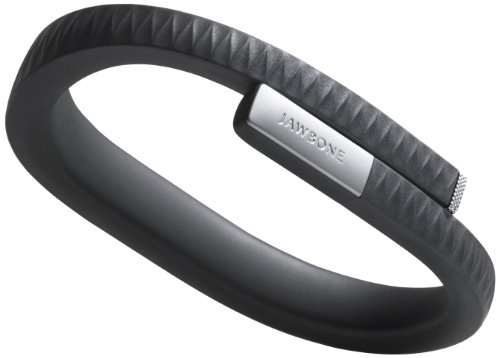 Jawbone Up vs Fuelband Head-to-Head 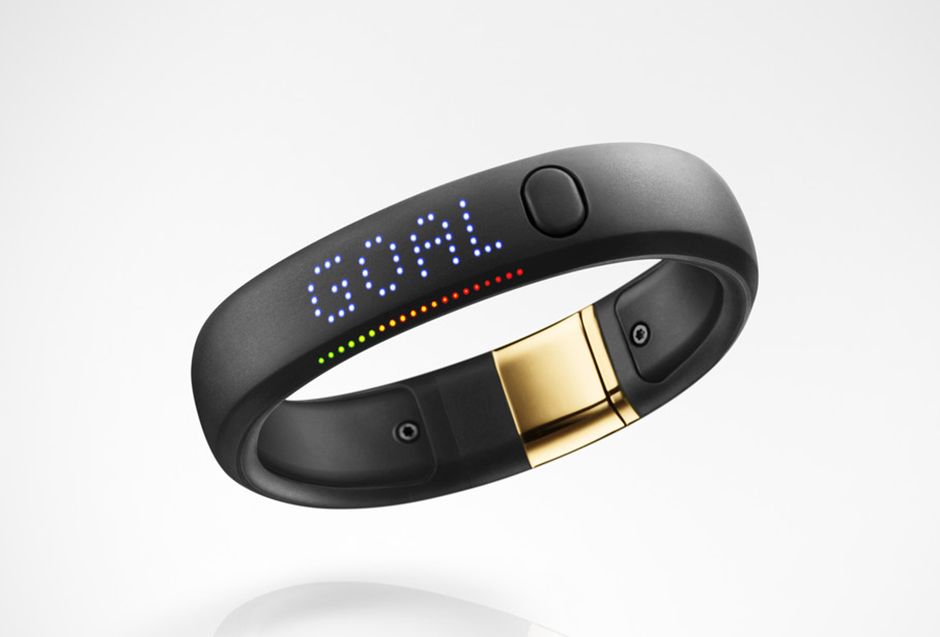 Two heavyweights duke it out with the title belt in this situation being your money but also the duty to turn you into a fitter individual. For the most part, the basics of the two models are very similar meaning that they track your movement and let you analyze it. There are specifics though that set the two apart:

Possible Cons of Both Devices

If the two products were combined they might just be one of the best fit bands on the market. The Nike Fuelband is stylish and sleek but lacks a lot of the data entry ability of the Jawbone app for optimum customization.

Customers of both products have reported problems in syncing the devices to their phone apps and the life span of both has come into question. Another issue of wearing a fitness band on your wrist is that it doesn’t fully track all workout movements such as time spent in a plank pose or an intense mall walking with stiff arms. In the future, perhaps arms and leg devices will sync up.

The limitations on output information is understandable too as a large screen to scan calories, sleep, goals, etc. would take away from the convenient discreetness of the device.

Fuelband vs Jawbone Recommendation: Which is Best?

If your network of friends all has the Nike Fuelband app it is a great purchase as a way to share and compare activity data through the Nike community. Plus the Nike band looks cooler and is a little more comfortable to wear on a daily basis.

Jawbone though is doing some great things through their app and although you can’t see or communicate much data in real-time with the wrist band, inputting data at night can lead to some great fitness gains. I’d give the slight edge to the Nike Fuelband as it does everything just a bit better.