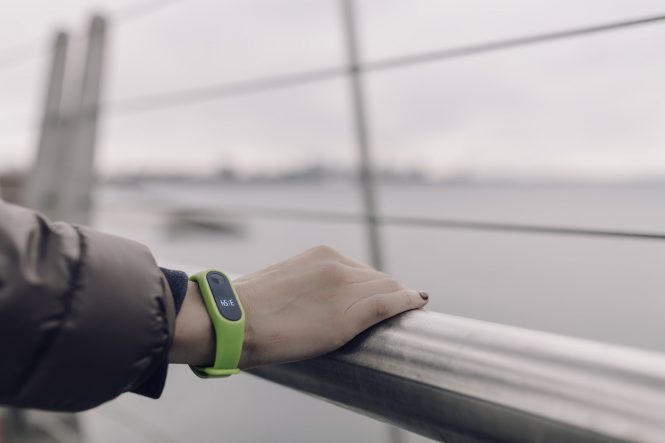 Gone are the days of keeping track of daily fitness steps in your head or even wearing a big bulky pedometer that looks like a court-ordered monitoring device.

Instead, today’s activity trackers are sleek, stylish, and do so much more than just keep track of steps taken. While the modern activity trackers stop short of a full Smartwatch that allows Internet searching and streaming of movies, the latest advances are bridging that gap.

It’s not hard to see the allure of an activity tracker. Many times a person feels bad about skipping a workout because they were tired from their day but a quick glance at the wrist shows you were pretty active anyway. The activity trackers can help fight ‘missed gym depression’ but more importantly can help a user set and accomplish fitness goals.

The units are very customizable for individual goals and most are versatile enough to plan and achieve a wide range of different end results.

Two popular wrist trackers are the Polar Loop and the Fitbit Force. They don’t have the name recognition of the Nike+ Fuelband or the compatibility with Smartphones of the Samsung line of activity trackers but for the price and ease of use, it’s hard to argue with either the Loop or the Force. Here’s how the two stacks up against each other to help you pack off the pounds. 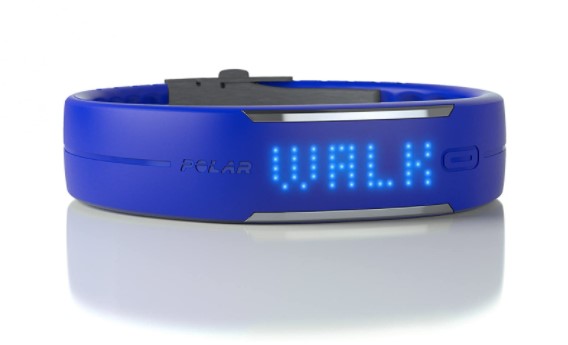 One of the biggest gripes about a lot of activity trackers is that they are either too bulky or too noticeable and obtrusive. The Polar Loop settles that debate right out of the box with its sleek and intuitive design.

Another common issue with activity trackers is that people don’t want to wear 3-4 things on their wrist including a watch, bracelet, etc. but the Polar Loop has a clock feature and adds the style of a designer wrist accessory, especially with the color choices of blackcurrant, smokey black, or misty blue.

Enough about looks though as the main reason people use an activity tracker, to begin with, is functionality. The initial setup is very user-friendly as most users report having the Loop up and running within 5-10 minutes. There is one main button on the device which is used to cycle through all the data.

Speaking of data the Polar Loop features 24/7 activity tracking which is ideal for monitoring the amount of movement during the day but also sleep quality. A number of activities besides walking can be registered including jogging, running, biking, and even swimming thanks to the waterproof design.

What to Do With the Data?

With the press of a button the user can display the time, total steps moved, the number of calories burned, the progress on daily fitness goals, and tips on how to reach those goals (walk 20 more minutes, ride 10 more minutes, etc). These data records are then uploaded to the Polar Flow app for monitoring and record keeping with easily sortable statistics and information.

The App is just as important as the actual physical device because the activity tracker defines the information while the app does something with it.

One thing that improves the functionality of the device but as an add-on purchase is a Bluetooth heart rate sensor accessory. Most activity trackers on the market today are still figuring out a way to integrate heart rate into their devices but Polar has figured it out, albeit at a higher cost.

Consumers can expect to pay about $75-$100 for the Polar Loop wrist tracker but an extra $40-$50 for the heart rate monitor – which in the end is about equal to the Nike and Samsung products. 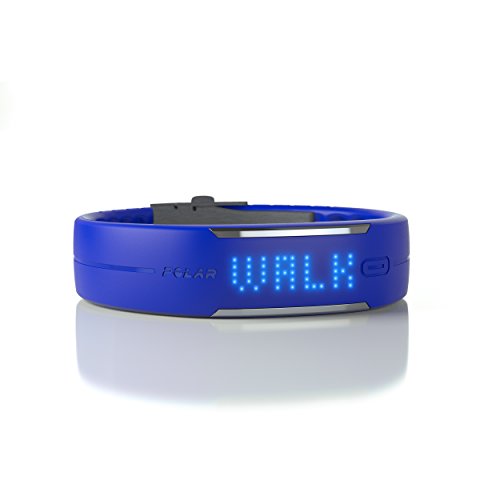 One nice benefit of the Polar Loop is the ability to receive a Smartphone notification when you’ve been inactive too long – kind of like a virtual kick in the rear end when the user has been slacking. Another useful feature is the five different intensity settings such as sitting, resting, low, medium, and high.

The 85-LED display is simple yet easy to comprehend and the battery lasts about 5 days which is the pretty industry standard.

Downsides of the Product

Off the bat what a lot of consumers don’t like is the fact that you have to purchase the chest heart rate monitor separately which seemingly negates one positive of an affordable activity tracker. To that though, the heart rate monitor isn’t necessary to use the wrist strap and the Polar Loop was the first, if not only, tracker to offer the integrated heart rate app.

Another issue is that the Loop isn’t adjustable and in fact must be cut to size and clasped before using permanently. The final major gripe is one that’s familiar with almost all activity trackers – the app and website.

Polar features a cool clock design on their app that displays your activity throughout the day but there are no graphs and no way to really sort the data. Along those same lines is the website, which is seemingly geared more towards the social aspect of working out (view a map to see how many people are using the Loop at that time) rather than the data and calculations.

Luckily, apps and websites are much easier to change on a large scale compared to the product itself. 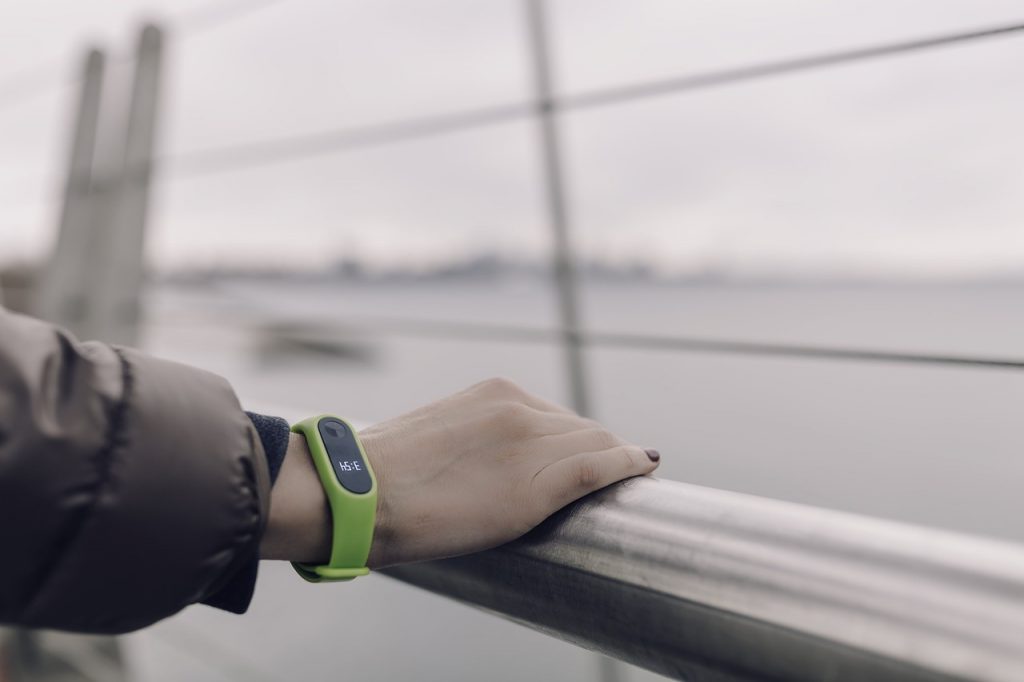 The first thing that should be noted about the Fitbit Force is that the company underwent a voluntary product recall in early February 2014 because some users were reporting an allergic reaction or contact dermatitis from the wristband.

Fitbit has since done extensive research on the device and has come to the conclusion the reaction was from either Methacrylate which continues to be safely used in a number of consumer products (mostly cosmetics and bandages) or nickel from the stainless steel casing.

While not all consumers experienced the rash associated with these allergies, some with sensitive skin did which necessitated the voluntary recall.

Aside from an embarrassing product recall, Fitbit is one of the most recognized names in the activity tracker game. Their product line has evolved to include a number of designer accessories such as leather wriststraps or pendants that house the activity tracker but avoid the ‘sporty’ look that might not go so well in a corporate world.

What’s especially damning about the Fitbit Force allergic reactions was the fact it was a highly functioning product with a sleek design.

The looks of the Force are discreet, almost like a person was wearing a piece of black electrical tape around their wrist. The band is made of comfortable matte plastic that is available in either black or blue and features a small, but readable, OLED screen.

There is nothing remotely elaborate about the Force design as data is cycled through with a single button to display steps, distance, calories burned, active minutes, the number of floors climbed, and finally the time.

The information climbs in real-time on the wrist which can serve as motivation to finish the last leg of your daily goal or to finally get out of bed at noon when the display reads 002. Just the inclusion of a display is a big step as some activity trackers require sync to a Smartphone just to view the progress.

Despite the tendency to develop a skin rash, many users proclaimed how comfortable the Fitbit Force was to wear. The composite material of the Force and wider design encompasses more of the wrist and avoids the ‘handcuff’ feel of similar products like the Nike FuelBand. At 30 grams the Force isn’t the lightest activity tracker on the market (Jawbone Up – 24 grams)

What to Do With Data?

Typically the areas of Smartphone applications and website interactivity are the spots where most fitness tracker companies drop the ball. The Force still has some work to do but synching to the web is very easy with Bluetooth 4.0 technology which helps to save time and battery life.

A good idea the Fitbit Force had but one that’s not quite easy to implement is the inclusion of specific meals for the user to select from to track calories. Unfortunately finding and sorting these meals into the program is still a lengthy task that will probably be improved upon on the relaunch.

It’s unknown how many users utilize the social aspects of activity trackers but Fitbit includes them just like their competitors, allowing you to add friends and share progress with them.

The Fitbit Force also integrates sleep monitoring well. The data recording and input are automatic and although a user has to push a button right before nodding off to activate the program, a vibrating silent alarm is nice for not waking up a sleeping partner – in fact, the vibrate feature is one that most Polar Loop owners said they missed extensively.

For a real gauge on the product’s effectiveness take into account that thousands of loyal owners are standing by the Fitbit Force even with a rebate of $140 offered for the recall.

Loop vs. Force Head to Head: Which is a Better Buy?

Of course, the main factor in the Polar Loop’s favorability just might be availability. Fitbit has halted sales on their Fitbit Force until further evolution of the product guarantees no skin rash to its consumers.

Still, the second-hand market has a number of Force products still available if a consumer is confident in their skin and has a healthy supply of Neosporin ready.

All in all the products are very similar except for the fact that the Polar Loop is still an active product whereas the Fitbit Force is somewhat in limbo. That alone could be a dealbreaker for most product seekers as you’ll have to buy the Force from a shady van in a seedy back alley. Still, if you can find one it does provide a much-needed fix.