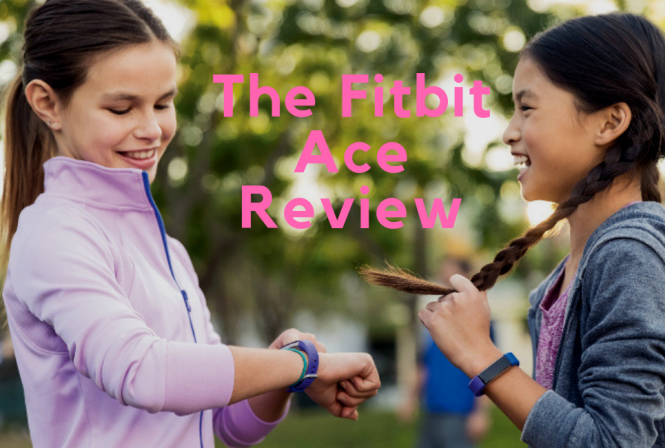 Fitbit has made a name for itself by offering fitness trackers that everyone loved. But in all these years, Fitbit has not released a tracker that is made especially for children. You can argue that they have the Fitbit Zip, but even that has not been marketed specifically for kids. Moreover, because of security and privacy concerns, the Fitbit app is not recommended for users under 13 years old.

This is the reason why Fitbit Ace is a milestone for the company, as it is the first Fitbit device that is aimed at kids aged 8 to 13.

The Fitbit Ace is an activity tracker for kids who keep count of the number of steps they have taken and the number of minutes that they are active. It also tracks their sleep duration.

The Fitbit Ace is designed with kids in mind. For one, it comes in two vibrant colors: power purple and electric blue. There are features that make fitness more fun, such as step challenges that allow them to compete with others, as well as gamification functionalities where they earn badges and rewards when they achieve milestones and goals.

The Fitbit Ace not only gives your kids step challenges but it also allows your kids to compare their statistics with their siblings or friends. You can also motivate your kids by sending cheers and messages of support.

The device is also shower-proof, keeping it safe from splashes of water and even while the kids are playing in the rain. The Fitbit Ace also comes with 10 clock faces that your kids can choose from, giving them control on how they want their Aces to look. More than that, these clock faces makes it more fun for them to see their progress, or when they check the time.

Like most other Fitbit devices, the Fitbit Ace comes with reminders to move, nudging your kids to get off the couch and away from their tablets and to be more active. Not only does this help them achieve their step goals, but it also helps keep them moving throughout the day.

Two views of the Fitbit App

The Fitbit Ace tracks everything and then synchronizes the data with the mobile app, and even on a desktop or laptop computer.

The Fitbit Ace has a companion app that allows parents to set up an account for their kids. It also has a Kid View where Fitbit Ace users can view their statistics, see their badges and even change the clock face.

The Fitbit Ace makes fitness more fun for kids. In this age where kids are fixated by their tablets and games, it is quite challenging to get them off the couch and to start being active. By turning fitness into a game, complete with rewards and badges, Fitbit Ace is a good way to get them to walk more and be outdoors more. Plus, they can get into friendly competitions with their friends.

Moreover, you can set bedtime reminders for your kids through the Fitbit Ace. It will tell them when it is time to go to bed, and then measure how long they slept.

Older kids would like how the Fitbit Ace is designed to look like activity trackers for adults. Fitbit does not use cartoony or infantile designs. Instead, the Ace looks like the Fitbit Alta HR. It is also very light, weighing only 15 grams. The Fitbit Ace is very comfortable to wear, with a buckle design that ensures a snug fit.

Parents would love how Fitbit has made sure that their child’s privacy and safety are taken care of. With the Family Account in place, parents can monitor their kids as they use their Fitbit Ace.

Meanwhile, your kids will love the fireworks display that they see when they reach their goals. The vibration motor also helps your kids know if they achieved their targets without them looking at the screen. The silent vibrations would even nudge them to be more active.

The Fitbit Ace allows your kids to have friendly competitions with their friends. However, it is not a social network platform. They cannot add their friends on their own, but they would need to add them via the family account. While this is designed so that your children are safe from strangers, it does limit the number of kids that they can compete with.

Furthermore, as a fitness tracker, the Fitbit Ace is somewhat limited. It can count your kids’ steps and their sleep duration, but it does not have a heart rate monitor and other sensors.

Alternatives to the Fitbit Ace

If you have older kids who have their own smartphones, then they might appreciate the black Fitbit Flex 2. It does not have a display, but it does remind the user to move, and it keeps track of the number of steps taken and the sleep duration. Besides that, it also tracks the number of calories burned and can be worn while swimming. It also notifies your kids if they have a call or text on their smartphone. It is also $40 more affordable than the Ace.

If you want an alternative from a brand other than Fitbit, then check out the Garmin Vivofit Jr. 2. This fitness tracker for the younger set rewards the user as they achieve their daily fitness goals. There is an app-based game that they could play, and stages are unlocked as they achieve the 60-minute activity goal. Parents are also able to use this game to reward their kids as they complete their chores. More than that, the Vivofit Jr. 2 has eye-catching, kid-friendly designs featuring Disney, Star Wars, and Marvel Avengers characters.

This is also waterproof, and the battery life lasts for one year. This activity tracker has a lot of features packed into it. It can track the active time and the steps made, and it can function as a countdown timer and a stopwatch. You can link it to another Vivofit Jr. and let the kids have some friendly competition. The Vivofit Jr. 2 costs $69.99.

And if you want a fitness tracker for your son or daughter that is more than just a glorified pedometer, you should look at Pards Kids Fitness Tracker. This fitness tracker costs $33 on Amazon, and it comes in a variety of colors. It has some features that you would find on more expensive Fitbit devices such as multi-sports modes, a heart rate monitor, and auto sleep tracking. It measures distance, count calories, and sleep duration. What’s more, you can get smart notifications on your watch for apps such as Skype, Facebook, and Twitter.

Fitness bands for children can be a touchy subject for some. Some parents reason that with a fitness band, they are giving their kids an early start at being fit. For others, they feel that getting a fitness tracker is putting undue pressure on the kids, and even talk about image and body issues.

The good thing about Fitbit Ace is that it makes fitness fun for your kids, but it does not push them too hard. What’s more, Fitbit allows you to manage and supervise your kids’ accounts so that you know if there are potential problems. The platform is also safer for kids because they cannot add and communicate with other people unless they are part of the family account.

Ultimately, Fitbit Ace suffers a weakness shared by all fitness trackers for kids: the device itself is not a guarantee that your kids will put down their tablets, or forget about Fortnite, or YouTube. The good thing is that the Fitbit Ace is an excellent first step to getting your kids interested in fitness. Plus, Fitbit has made it easier for you to encourage your kids to move more.

At $100, it is one of the most expensive fitness trackers for kids. But considering that Ace is meant for kids between 8 to 13 years old and that the Ace looks more like a Fitbit for adults, they would probably be able to wear it as they grow older. You do not have to throw away the Fitbit Ace as they enter their teen years, unlike some other fitness tracker with, say, Minnie Mouse as a design.

If you are concerned about the price, other fitness bands sell for about a third or half of the Fitbit Ace’s price. Check out Garmin Vivofit Jr. 2, which is $20 cheaper and has a more kid-focused design and is more feature-packed. Or get the UNICEF Kids Power Band, which is less than half of the Ace’s price and teaches kids to be socially responsible.