Wearable tech is no longer the outlier. At one point on the fringe when it first came to market, wearable devices aren’t a novelty as much as something that will gradually find its way into our lives the same way smartphones have become ubiquitous.

At the forefront of this growing movement are fitness trackers, pioneering the way for more things we wear on our bodies that are now smarter. They are becoming more innovative too, with greater functionality than ever before, interacting with our phones in new ways, and with batteries that hold up over long-term usage.

What makes these devices compelling is their ability to give us biometric feedback in relation to our exercise and fitness goals. The more informed we are about, for instance, how sedentary our lives have become due to the stress of daily work and our involvement with our kinds of technology, the more we are likely to aim for a more active lifestyle and change our habits.

Because you wear these trackers, you are getting customized data about exactly how many calories you have burned that day, or how many hours of sleep you are averaging.

In an ideal world, if the data shows that you fall short of your stated goals (which the tracking software typically shows you in easily comprehensible and colorful ways), you have all the motivation you need to get back on track.

Nike has long been a force in the sports apparel arena but was relatively late to the world of fitness trackers, which seems to grow every holiday season by one or two more devices.

Fitbit, on the other hand, was one of the original key players in raising awareness and popularity of how effective these devices could be in auto-regulating your exercise routines according to exactly how many calories you were burning.

A few years into the game with the release of the Charge and the FuelBand SE, which company has released the overall superior product?

Fitbit has some ground (and the public trust) to make up here after the dud that was the Fitbit Force, recalled for user complaints that the wristband caused an outbreak of rashes on the arm.

Unfortunately, a small minority of users have noticed the same issue with this iteration of the fitness tracker, a red flag for those of you with sensitive skin. That said, this is the cheaper of the two options and it offers a nice, minimalist package that still packs a lot of the functionality fans of the fitness company have come to expect.

The Charge feels like more of an evolution of the fitness tracking model as opposed to a new paradigm for what these devices represent. Whilst smartwatches expand the possibilities of what wearable devices on your wrist can do – including tracking sleep and steps – you wouldn’t necessarily want to wear one out while doing any physically strenuous activity.

The niche that trackers like the Charge fill are that it is lightweight, and performs certain essential functions with its built-in pedometer, as well as distance, calorie, and sleep trackers. Not only that but like the FuelBand SE it is water-resistant and as a result, not something you would mind getting sweaty with.

The complaints from a minority few notwithstanding, the band is, for the most part, comfortable, and definitely a step up from the Fitbit Force.

The clasp works by sticking a couple of spaced-out, grey prongs into the holes such that the strap is firmly attached to the wrist without choking out the circulation, a problem that exists with other such devices. This makes for a quick fasten without unintentionally coming loose.

The OLED display shines through brightly in its compact 0.75 inches by 0.375 in form factor. The minimalism works perfectly for the device, with a simple double-tap all that is needed to toggle between the date and time or customizable quick stat interface.

Meanwhile, the side button allows access to daily steps, distance, the number of floors climbed, and calories burned statistics.

It is compatible with pretty much all smartphones, including Microsoft’s, as well as Mac or Windows operating systems thanks to a bundled USB Bluetooth dongle.

Syncing your data as you please to view trends in your exercise shouldn’t be an issue, and is, in fact, a fun experience thanks to eye-catching and easily digestible graphs and figures that display your progress. 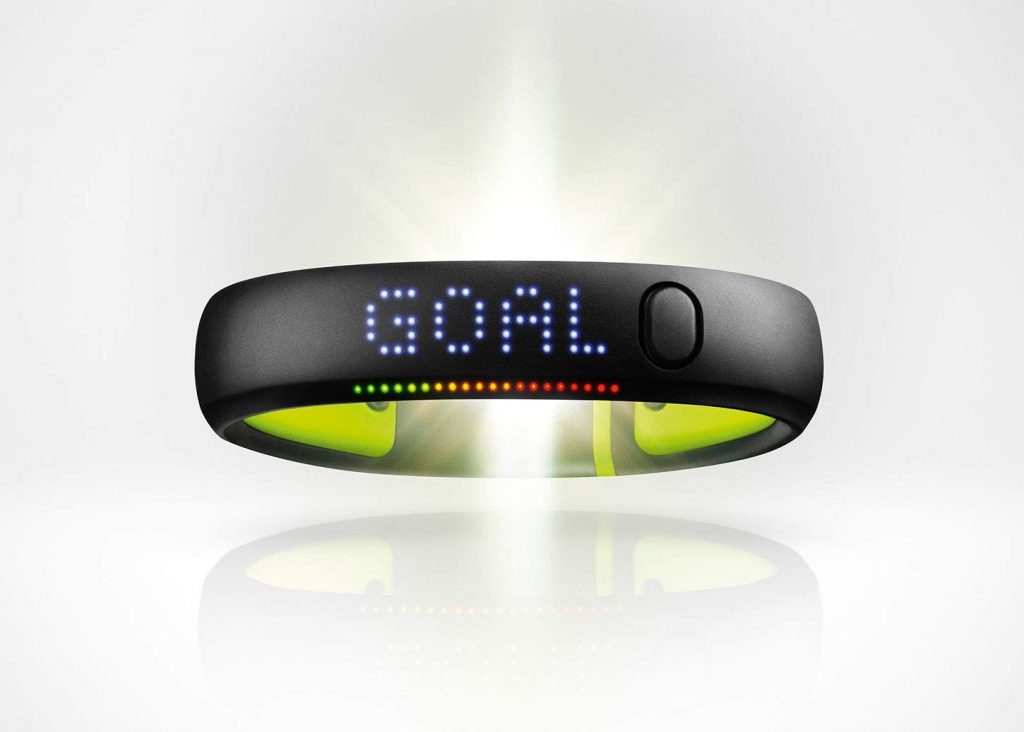 The more expensive of the two, the FuelBand SE is the follow-up to the FuelBand with improved, more energy-efficient Bluetooth connectivity and updated software that will find more ways to motivate your fitness progress against your friends.

One distinguishing factor about this wristband is its system of tracking your development as a fitter person with a proprietary unit of measurement, ‘fuel.’

This concept is an amalgamation of calories burned and steps taken; once you have had a couple weeks to get used to the idea and the translation of how much you feel like you have worked versus how much ‘fuel’ you have burned, Nike’s way of measuring your progress will feel natural.

The raw data is also available if you prefer, but the FuelBand SE is not the most comprehensive data gathering tool as it lacks information about overall distance traveled as well as stairs climbed. Rather, Nike’s answer to the Fitbit Charge is more centered on style and comfort. Nike’s wristband has more colors to choose from, and the subtle, sporty look is becoming.

It is also by all accounts a more comfortable device to attach to your wrist, with a divide in the circular design that doubles as a clasp and a USB stick. With three different sizes, finding the right fit should be easy for most, and it comes on and off securely with no hassle.

Similar to the Charge, a single button is used for toggling between menus to view progress on ‘fuel’ earned for the day, ‘hours won’ (part of the social media take on competing with your friends), while calories burned and steps taken are customizable to add as well.

The way the software is set up to motivate you against your previous activity over the past day, or against people of your age and gender, or even against your friends is indeed an effective way to prod the user into action.

Fortunately for those with the FuelBand SE, this social media tracking system is available to those without the Nike fitness tracker as well.

Compatibility with phones and computers should not be an issue – unless you own a Windows phone, that is. Meanwhile, the pedometer is overall a bit more accurate than its Fitbit brethren, but both are consistent, so this is but a minor consideration.

Features Comparison Table – At a Glance

The Final Verdict – What Matters to You?

While both devices are capable, one thing of note is the curious divergence between their respective MSRPs; though only suggested for retail at about $20 apart, the two can be found online for closer to a $100 difference.

If all things are mostly equal and you just want the best value for your hard-earned cash, the more established tracker in the Fitbit is the way to go. This is also the case if you value pure data tracking prowess, as the Charge can give you rawer biometric feedback.

However, if you value the more eye-catching design with a more comfortable fit that also places more of an emphasis on social elements to help get you off your couch, give Nike’s tracker a good, hard look. What it lacks in functionality it makes up for in style and comfort.

Either way, both great devices to help motivate even the most allergic among us to an active lifestyle. 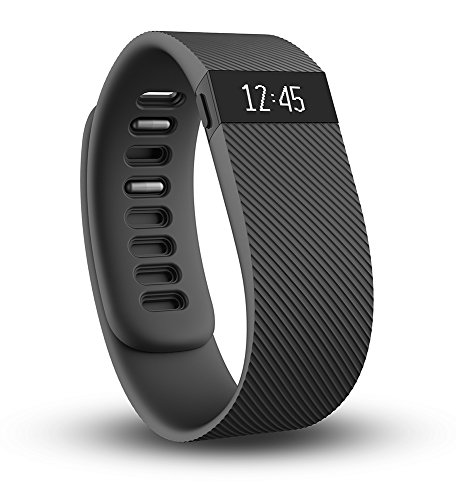