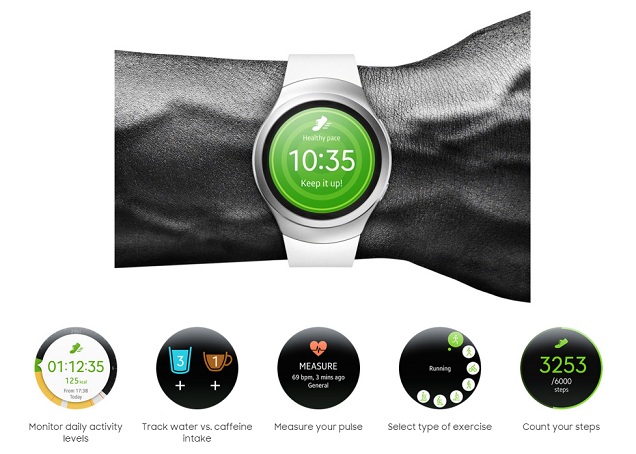 Android devices have come very far, including a wide range of Samsung gear fit devices and apps like the Samsung Gear S2 runs on Tizen OS and one of the concerns early on was that it was going to lack high-quality apps. Apps available for Tizen OS were indeed fewer, especially when compared with the 2.8 million apps available on Android Play and the 2.2 million apps on the Apple App Store.

However, when Samsung Gear S2 was released, it came with a lot of pre-installed gear s apps to help you with your sport life, including:

As time went on, more and more apps were introduced into the Samsung Gear Apps marketplace.  What are the best Samsung Gear S2 apps right now?

Gear S2 apps that let you do more with your smartphone

There are some Samsung gear apps that are very handy to include in your wearable tracker to keep a record of your health. Samsung Gear S2 is one of the greatest wearable devices that allows you to monitor your health and well-being with S Health.

This android smartwatch works like any fitness tracking device out there, counting the number of steps you have taken, how many glasses of water you’ve drunk, how much sleep you’ve got, and others.  It can also measure your heart rate and motivate you to meet your fitness goals with just wearing a gear fit. 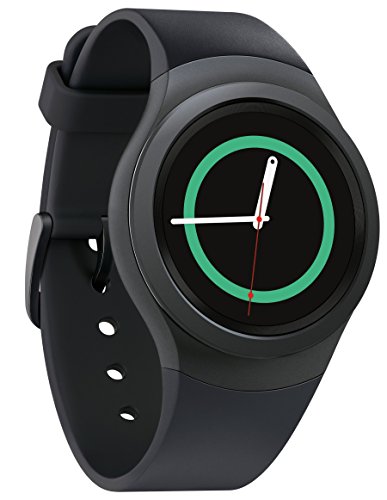 Pair it with Calorie Burner S2 and you can make sure that you can work off all the calories you got from the food you ate.  With this app in your watch, you get a list of food items grouped into 14 different categories to make food easier to find.

For instance, if you ate a sinful hamburger for lunch, and would want to work all that extra calories off, you can check with the watch or phone app to find out how many calories that burger contained in order to get an idea of how many additional minutes you need to spend on that treadmill.

The Phone Camera Controller smartwatch offers you to control your smartphone camera without even touching it. You get to see a real-time view from your phone camera on your Gear S2 screen and take a photo using your Gear S2.

You can also switch from the back and the front camera, use a timer to take photos, turn the flash on or off, change the mode of the camera, record videos, and select image resolutions.

There is also a gallery of the last 12 photos or videos that you have taken.  This is a good way to take group pictures without relying on a selfie stick, or using someone’s long arm!

There are several smart calculator apps available for the Samsung Gear S2, but Calculator Pro+ is probably the easiest to use.  For one, it has an intuitive interface where the numbers are neatly arranged on one side and the operations on another side.

Very different from the clunky interfaces you see on other calculator apps, where you need to spend some time familiarizing yourself with the layout.

If you have big thumbs or fingers, you would love the popup text that appears as you tap on any of the buttons. The pop-up text will give you instant feedback if you keyed in the right number or operations.

There is also a delete button to correct any mistake you might make and a clear all button to let you start over. The Calculator Pro+ can deal with complex equations, too, such as 525 + (-252) x 5.

Apps that are nice to have 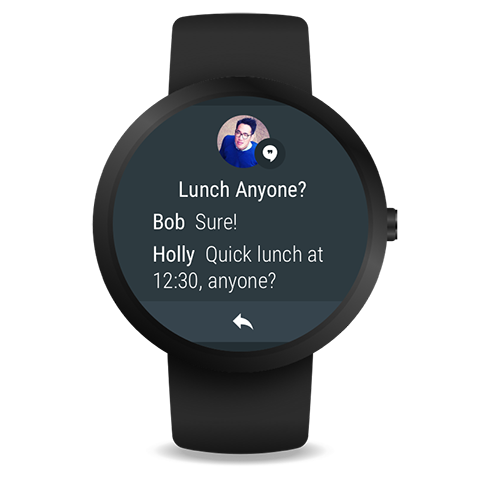 This Samsung mobile device works with similar apps like Samsung Galaxy apps which notify you if somebody sent you a message on Gmail, Line, WhatsApp, Kakao Talk, Viber, Google Hangouts, Telegram, Facebook Messenger, and other social media and messaging platforms.  You have the option to reply with pre-defined messages just by tapping on it.  It can also show you Google Now cards.

This is a great way to keep in touch when you cannot whip out your smartphone and type in a response.  For instance, your wife asks where you are on Facebook Messenger, you can just reply with a ready “I’m driving.  Chat with you later.” 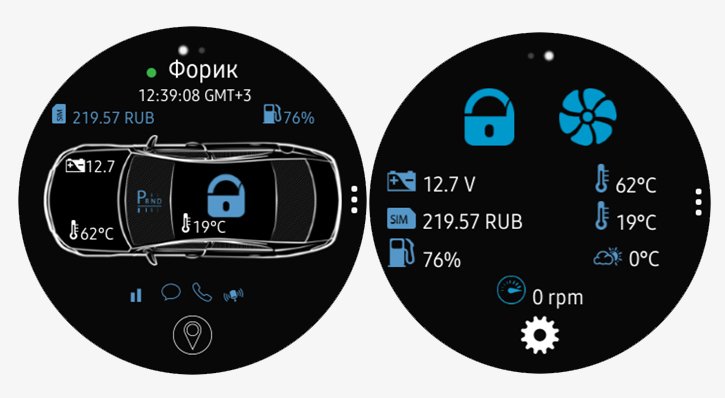 Just to be clear, Pandora Online comes from a company that provides in-car security, not the similarly named streaming music service.  The mobile app can help you monitor what’s going on in your car even when you are far away. Some of the information you can access from your wrist includes fuel level, interior, and exterior temperatures.

You can also use the app to arm or disarm the car alarm, and close or open the trunk.  It also has a built-in GPS to tell you where your car is.  Pandora Online can help you monitor more than one car.

If you are one of those people who like playing games and relaxing, these apps and games that the Samsung Gear S2 supports will definitely be fun to play.

The Gameboy Emulator app on your Gear S2 and play GameBoy and GameBoy Color games anywhere.  Depending on the game you are playing, the emulator app uses onscreen controls to help you move the character, or you can tap on the touchscreen to control the game.  How is that for a little gaming nostalgia?

A game that allows you to take advantage of the unique rotating bezel you find on the Gear S2, Ducker is a fairly simple game that lets you control a duck as it crosses a busy street.  You can use the bezel to avoid obstacles, get coins and keep the baby ducks safe from harm.

It is a fun and simple game that you can enjoy on your Samsung Gear S2.  Plus, the increasing difficulty of each succeeding level is guaranteed to keep you hooked.

YouTube does not have an official app for the Gear S2, but don’t worry as you can use Xenozu YouTube Player to access videos on the popular video sharing site. You can cycle through videos, or choose a particular category using the bezel. You can also search for a video.

While watching a video, you can turn the volume up or down or go forward or replay the video with the bezel. You can also double tap on the screen to pause or play a video. Plus, you can use the buttons for other functionalities. While the video quality is lower and the video is cropped to show only center portion of whatever footage you are watching, it is still a good app to use when you cannot get your phone out.

Gameloft offers Samsung Gear S2 owners a full version of Bubble Bash 3.  The popular game has at least 120 levels of gaming fun.  The game is simple: you just shoot up bubbles and match three of the same color to clear them.  You get more coins if you clear more bubbles.  You use the rotating bezels to control the bubble launcher.

Moving around and traveling

Uber allows you to get a ride and pay with cash or through credit card, Paypal, and other payment methods.  It is an affordable and convenient way to get around.  You get to ride with a private driver who would safely take you to your destinations.

With Gear S2, you can now order a car right on your wrist.  You will see a small map on your Gear S2 and you can move it around to set your current location.  After that, you will be asked what type of car or service you are interested in (Uber X, Uber XL, Select, Pool or Black).  To choose which option you want, you only have to rotate the bezel and order.

The app will also show you where your driver is using a miniature map.  It also shows an estimate of when it will arrive at the pickup point.  In short, the Gear S2 version of the Uber app allows you to do the same things you could do with the smartphone app. 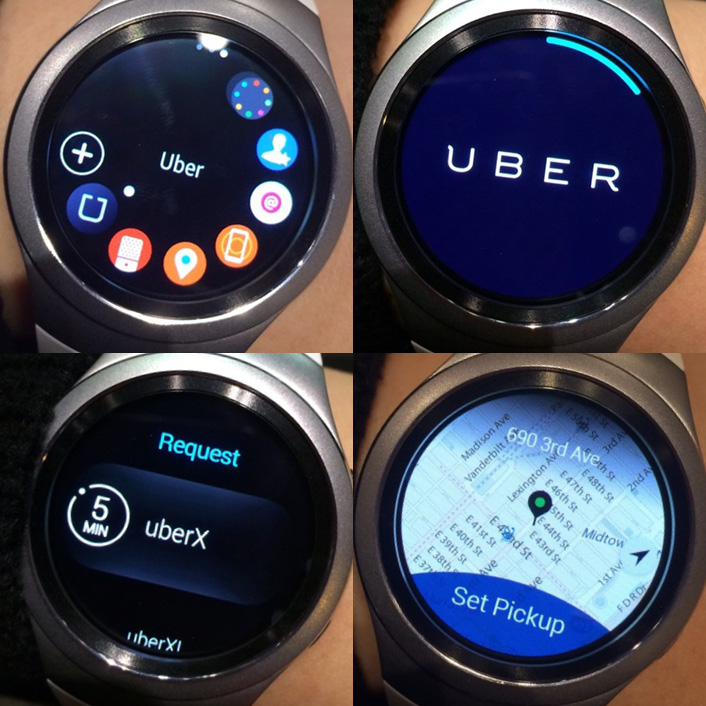 If you often travel outside the country, you should definitely install Travel Phrasebook onto your Gear S2.  The app will list down all the useful phrases that you could use in the local language, depending on the situation you are in.  For instance, when you are talking to a cab driver or trying to exchange your money into the local currency. The app works even when you are not connected to the Internet. 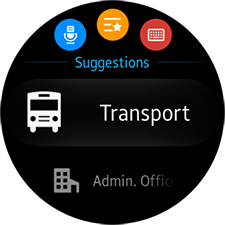 One of the things that Apple has been struggling with is their maps application.  This was the problem with their Maps application on the iPhone and it was still inaccurate when company came out with the Apple Watch.

Good news for owners of the Samsung Gear S2 Smartwatch because you can download Here Navigator, which gives you turn by turn and accurate directions to your destinations.  Whether you are walking or driving to your destination, you can rely on Here Navigator find the fastest routes.  The S2 app is free and trumps Apple’s stock map application when it comes to accuracy.

With the Samsung Gear G2 you won’t have to worry about taking it off during a bath. The device can be put down in a water depth of 1.5 mts for a maximum of 30 minutes.

Can I use Samsung gear s2 without a phone?

This device has the smart level to be used by its own. You don’t have to connect it to a cell phone.

If you like to change your Samsung Gear S2’s face often, you should download Mr. Time Maker. This is one of the greatest apps for Samsung that allows you to design your own smart watch face or choose from 100,000 watch faces already available on the site.  You can also add widgets to your customized watch face.