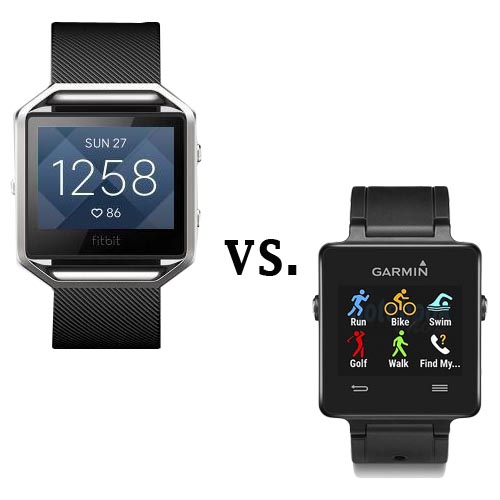 Different fitness bands and smartwatches offer different features, but most would share the same space: your wrist.  Rather than wearing two different devices, how about combining their functionalities together and come up with a single device?  This is what Fitbit and Garmin have done with their Blaze and Vivoactive devices.

The main differences between Fitbit Blaze vs Garmin Vivoactive are:

Garmin Vivoactive has a color touch screen that is visible under direct sunlight and a display resolution of 205 x 148 pixels.  The big display measures 20.7 mm x 28.6 mm.  Materials used for the smartwatch include a glass lens, polymer case, and TPU or silicone strap.  You can buy the Vivoactive in any of these three color choices: black, white, and the special edition slate.

Meanwhile, the Fitbit Blaze comes with the classic band that is made of elastomer, while the frame and buckle are in stainless steel.  There are also bands that are made of stainless steel.

Fitbit Blaze comes in three colors: blue, black, and plum, with two special edition color combinations.  Of course, there are other band colors and materials that you could buy for your Blaze. Both devices take on a squarish-rectangular form, but the Blaze has a better resolution and has a Corning Gorilla Glass screen, making it impervious to scratches.

Both the Blaze and the Vivoactive HR have swappable bands, but you will love the variety of bands that are available for the Blaze.  It is also easier to swap out bands for the Blaze than for Vivoactive.

Who wins?  While style is a matter of preference, the Fitbit Blaze wins this one because of the customizability that it offers, from the watchstraps to the watch faces.  It also has better display resolution, higher scratch resistance, and better quality materials than the Vivoactive HR.

At first look, the Fitbit Blaze has more sensors that allow it to do its work.  It has a heart rate monitor, altimeter, accelerometer, ambient light sensor, and gyroscope that enable it to count your steps and keep track of your other activities.

Meanwhile, the Garmin Vivoactive has an accelerometer to measure your movements, as well as GLONASS and GPS sensors that would allow you to leave your smartphone at home and still get accurate information on the distance you have traveled.

The Fitbit Blaze needs to connect to your smartphone’s GPS to deliver this functionality.

How does this translate to the activity tracking capabilities of each device?  Not much, it seems.  Both the Garmin Vivoactive and the Fitbit Blaze can keep track of the number of steps you take, the calories you burn, and the distance you walk, jog, or run.  These can also remind you to move if you have been inactive for quite a while.

The differences, however, include:

Let us call it a tie.

The lack of an embedded heart rate monitor certainly pulls the Vivoactive down when compared to the Blaze.  However, the Vivoactive’s GPS and GLONASS somewhat make up for it. So it really boils down to which one is more important to you.

For runners, they might appreciate not having to carry around a smartphone, but for those who are into high-intensity workouts, a heart monitor might be more important.  Either way, these lacking features are far from being deal-breakers.

You can always carry your smartphone with you for the Blaze has connected GPS, and you can always buy a third-party heart rate monitor for the Vivoactive.

Both are able to monitor sleep, count steps and calories burned, and calculate distance.  You would probably like the Vivoactive’s reminder to move, where a moving bar shows up on the display and you could only get rid of it when you have taken a number of steps.

Fitbit Blaze only reminds you to take 250 steps a day. Another plus for the Vivoactive is the automatic goal setting. You no longer have to manually change your goals, as you grow stronger. 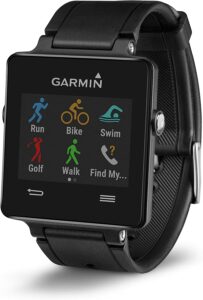 When it comes to smart features, there is not much difference between Blaze and Vivoactive.  You can be notified about incoming calls, text messages, and SMS messages.  You can also use these devices to control music on your phone.

However, Vivoactive also allows you to get weather information right out of the box, as well as a “find my phone” feature. Fitbit Blaze and Garmin Vivoactive are two of the very few phones that work with Windows Phone devices.

However, there are some significant differences when it comes to the way the apps perform.  While both the Blaze and the Vivoactive keep track of the same information about your health, the analysis might be a bit different.

Both apps are highly visual, allowing you to easily understand your fitness statistics, as well as connect you with friends and gamification features.  But Fitbit Blaze has a better app in that you could do more with it.

For instance, the Fitbit App allows you to log the food you eat so that you could keep track of your calorie intake against the calories you burned.  It also helps measure your hydration.

You can also take a look at how both apps track sleep.  The Garmin Connect app merely shows you a graph of your sleep and does not provide any other information.  The Fitbit app tells you how much of your sleep is light, deep, or REM.

It will also set a sleep goal weekly, and then remind you when it is time to go to bed.  Finally, you could see your sleep trends over time.

Who wins? The Fitbit Blaze has a better app, which more than makes up for the features it lacks such as weather and find-your-phone capability.

Vivoactive claims that their device can last three weeks on a single charge, but this is only for smart features, with the GPS turned off, and when no activity tracking is happening. With tracking, the battery lasts around four to five days, and with GPS continuously on, that running time is drastically reduced to 10 hours.

Vivoactive is water-resistant up to 50 meters deep.  That means that unlike the Fitbit Blaze, you can do some swimming with it, and you do not have to worry if you accidentally drop it in deep water. Vivoactive also keeps your data on the device for 14 days, twice as long as the Fitbit Blaze does.

Those who are looking to save would appreciate the $200 price tag of the Blaze.  The Vivoactive is only $20 more expensive, though. 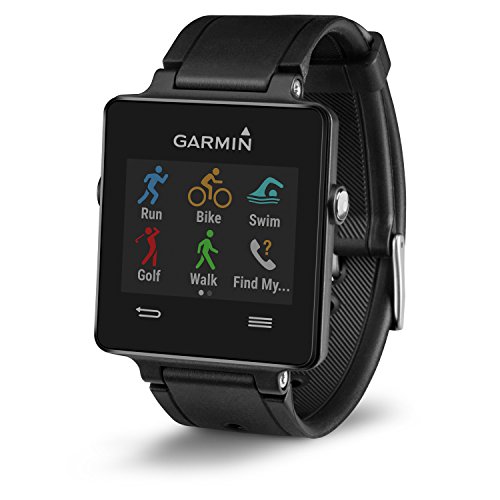 Why did my Fitbit blaze stop working?

Sometimes the Fitbit Blaze might have a startup issue which is why you will have to reset it manually in order to make it work again. You should hold the left and bottom right button and wait for 10 seconds until it’s ready to be used again.

Can you text on Fitbit blaze?

No. Fitbit Blaze does not have a keyboard for texting but the watch has an option for displaying text messages on the screen.

Is the Garmin Vivoactive good for swimming?

Not really. The Vivoactive cannot track your heart rate when swimming, making it a bit disappointing for professionals who want to track and save records of their swim sessions.

When it comes to the little details, Vivoactive clearly wins over Blaze.

The Fitbit Blaze is for those who are casually into fitness and exercising.  It also helps that Fitbit Blaze is pretty to look at and can be customized as far as the watch case and straps are concerned.

You could easily mix and match your Fitbit Blaze to go with whatever your preferred style is.  The Fitbit Blaze also has a very informative mobile app that allows you to get easy insights into your activities.

The Garmin Vivoactive, on the other hand, is for those who are serious about their fitness, like athletes who want to improve their performance.  It was designed for swimming, running, and biking, even without your phone.

You cannot really go wrong choosing either one.