A lot of fitness enthusiasts know and trust Fitbit, but we also have Polar, a manufacturer of sports training devices and heart rate, monitors. Polar is a Finland-based company with subsidiaries around the world, and the Polar A360 is its first heart rate monitor meant to be worn on the wrist.

The Polar A360 closely matches Fitbit Blaze, but which one is better? 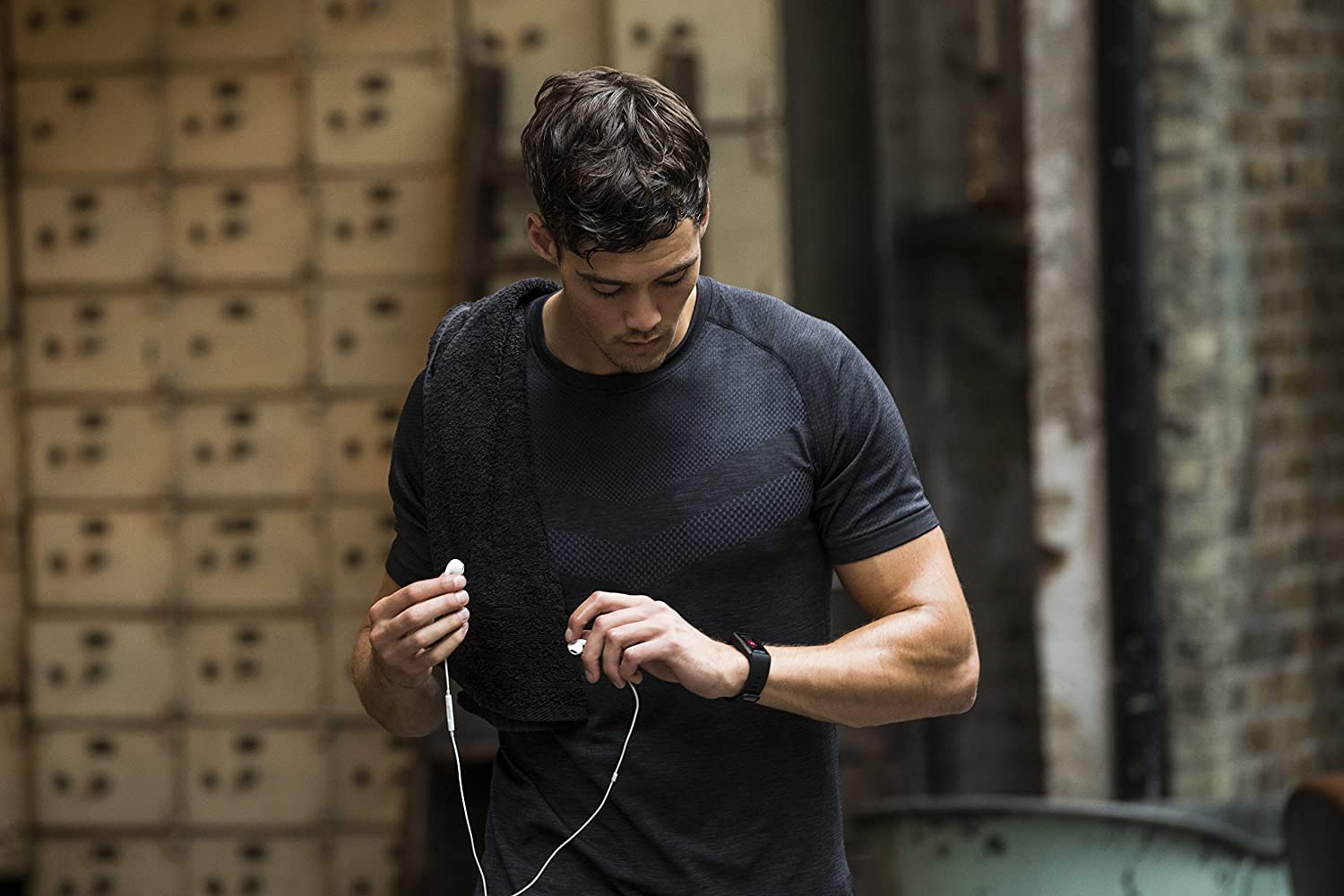 The Polar A360 is a fitness tracker that tries to be a smartwatch.  It tracks your steps, calories burned, and distance traveled, as well as your heart rate and your sleep quality.  It also has some smart features.

Apart from counting the steps, you take, and the distance you have traveled, the activity features of the Polar A360 include:

The Polar A360 will alert you if you receive calls, texts, and push notifications.  You can also get alerts for your social media accounts.  What’s more, you can specify what types of notifications you get, or turn certain of them off. 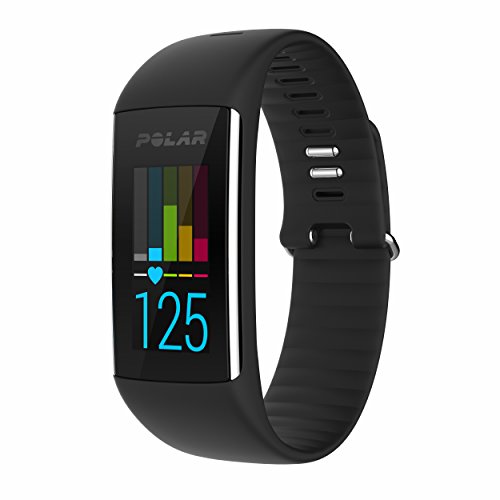 Polar A360 positions itself as a smart coaching device.  It’s like having your own personal trainer on your wrist.  It keeps track of your activity for the entire day and then gives you easy-to-do exercises to help you reach your fitness goals.  For instance, it will tell you to jog for 10 minutes or hike for an hour.

The thing with the activity guide feature is that you can easily reach your goals with intense exercises, or with low-impact exercises that you could do throughout the day.  This way, you can work at your own pace.

With the Polar A360 Flow mobile app or Web app, you can get feedback on your activities, every day, week, or month.  It will tell you how these exercises are benefiting you and your health.  You can also get instant feedback on every training session you complete.

Polar A360 also takes calorie-burning insights to another level.  It computes the calories you burn while considering your height, weight, gender, age, and the type of exercise you are doing.  It can also give you insights depending on the specific sport that you are performing.

Furthermore, if you are training to run in a marathon, the Polar A360 would be a great partner for you. Using the Polar Flow apps, you can have a training plan for 5K, 10K, and even full marathon events.

Depending on the size that you buy, the Polar A360 is surprisingly lightweight even when it is packed with features.  The small-sized A360 weighs only 31.7 grams, while the medium-sized band weighs 33.7 grams.  The large A360 weighs 37.3 grams.  It is splash-resistant and supports 15 languages.

The Polar A360 seems great on paper.  It promises to do what most other fitness trackers do, plus more.  It includes heart rate and sleeps quality monitoring.  However, you might find some things are not really up to par.

For one, the optical heart rate monitor uses Polar’s own technology, but it has been reported to be inaccurate.  You also cannot use it to track the distance you cover while running.  And for a fitness tracker that monitors sleep quality, the band is not entirely secure while you sleep. 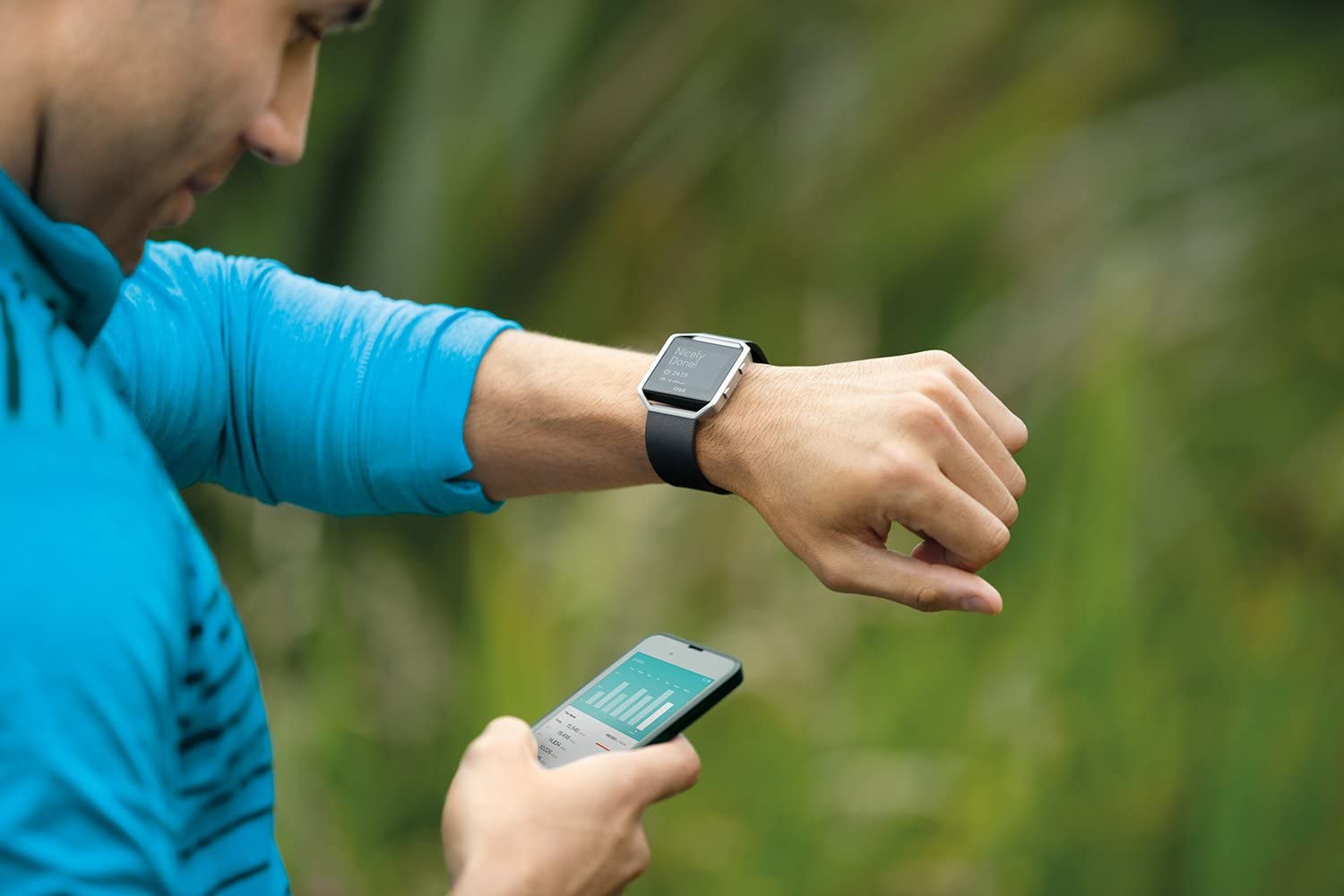 If the Polar A360 looks more like a fitness band with a color touch screen, the Fitbit Blaze, on the other hand, looks more like a smartwatch in the style of  Samsung Gear 2 and Apple Watch. Do not be fooled, though, as its smart-ness is limited to display notifications and to remotely controlling your music.

Fitbit has made a name for its fitness tracking bands, but so far, the design has been largely utilitarian and boring.  The Blaze moves away from the traditional look of Fitbits and comes up with a square watch face and removable straps.

You can customize your Fitbit Blaze according to your heart’s content, using a wide variety of strap materials and colors.  You could get a Fitbit Blaze with a brown leather strap or a rose gold case with pink strap.  More than that, Fitbit Blaze also offers several watch faces to help you further customize its looks.

As far as features go, the Fitbit Blaze offers the same fitness and activity tracking abilities you find in Polar A360: steps, distance, heart rate, and sleep.

Fitbit Blaze has a number of sport modes that allow you to get more accurate tracking and counting depending on the exercise you are performing.  It also gives you guided workouts through FitStar.  On top of that, your Fitbit Blaze helps you relax with guided breathing exercises.

The Fitbit Blaze has one very obvious advantage: it is made by Fitbit.  This practically guarantees accuracy in counting steps and monitoring sleep quality.  But what you would love is Sleep Insights, which learns your behavior over time and then suggests things based on your past behavior.

For example, Fitbit Blaze will tell you not to miss out on your after-dinner hike because it has always been helpful in giving you a restful sleep.

When it comes to exercise tracking, Fitbit Blaze can adequately track cycling, weightlifting, open workouts, running, and other activities.

FitStar sounds nice, but having the guided sessions on the watch itself just does not make sense because you cannot really look at the watch while moving.  Fitbit Blaze also uses an optical heart rate tracker, which might not be as accurate as chest-strapped monitors.

What to buy: Polar A360 vs. Fitbit Blaze

When it comes to smarts, things are pretty much equal.  Both the Blaze and the Polar A360 notify you of calls, text messages, and even notifications from third-party mobile apps, but that is it.  You cannot answer calls or reply to messages using just these devices alone.

Both devices also track the calories burned, distance traveled, heart rate, steps taken, and sleep quality.  However, when it comes to heart rate, there is a bit of a difference.  While the Fitbit Blaze and the Polar A360 both use optical heart rate monitors, Fitbit Blaze still wins in this department because it offers 24/7 heart rate tracking.

The resting heart rate is very accurate.  It does have problems as your heart rate goes faster, but overall, accuracy is better than that of the Polar A360.

The Blaze also wins in the fact that it has a dedicated option for biking.  You can automatically track your cycling activities on Blaze and get more accurate statistics.  What’s more, the Blaze has a bigger touch screen at 1.25 inches, and it has a 16-color display versus the RGB display of the Polar A360.

You also have more customization options with the Fitbit Blaze and it looks a lot better than the Polar A360, which honestly looks like a nerdy piece of plastic especially when compared to the former.

One area where Polar A360 wins is in its battery life.  You can go up to two weeks on a single charge with the A360, which is around thrice the run time offered by the Blaze’s rechargeable battery.

With both the Fitbit Blaze and the Polar A360 having a suggested retail price of around $200, you could do a lot better trusting the leading brand in the fitness band space. Polar A360 simply does not offer anything groundbreaking for you to do otherwise!