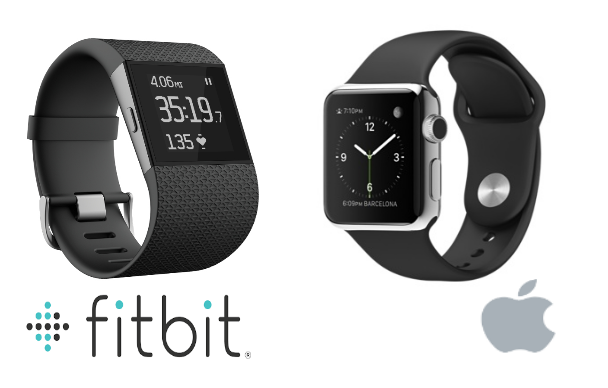 There was a time when owning a Smartwatch was actually considered somewhat faux pas. People who wore the devices were somewhat akin to those who constantly had a Bluetooth speaker in their ear as if they were ‘too important to take 3 seconds to reach in their pocket and answer the phone.

Well as society became more accustomed to using their watch, ear, and anything else for communication those who were on the fence actually saw how safe, convenient, and reliable a device like a Smartwatch actually could be.

Nowadays wearing a Smartwatch is not only accepted, but it’s also instead kind of the norm. At any given restaurant, business meeting, or traffic jam there’s likely a good percentage of the people getting their information from their wrist. Some are keeping track of their steps for their fitness and others are receiving emails and texts with a shake of their hand. 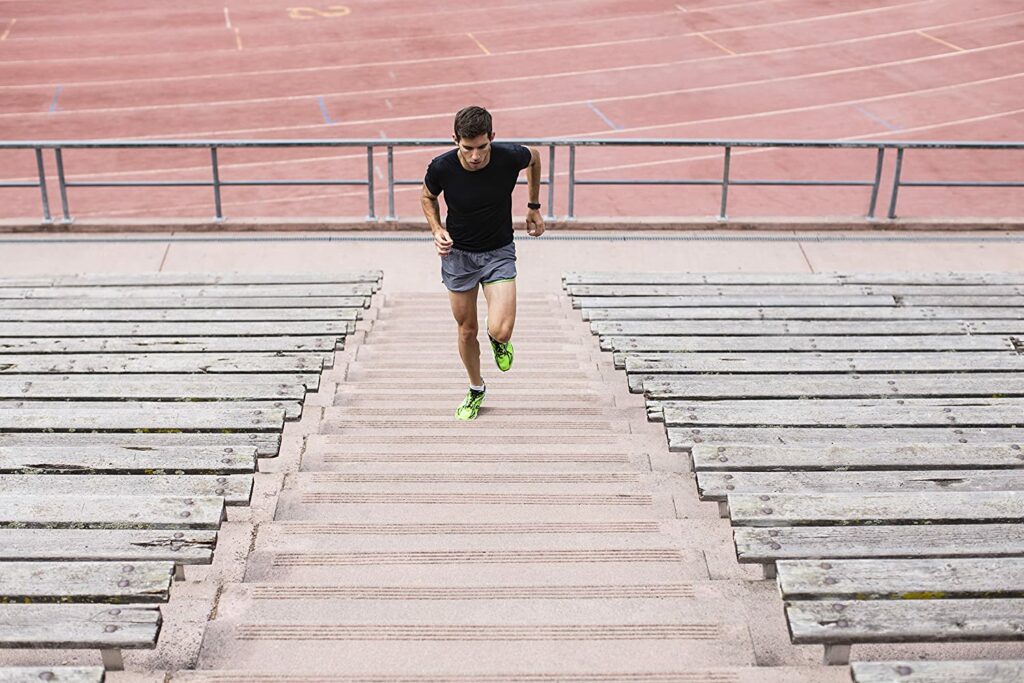 Two factors that have led to these devices becoming more mainstream and popular are:

Most people pick their Smartwatch based on the features but a few still have to maintain an aire of professionalism in their daily affairs and a big bulky watch doesn’t necessarily mesh with a pantsuit.

Two popular ‘Smartwatches’ so to speak are the Fitbit Surge and the Apple Watch. In some reviews, you’ll be comparing apples to apples but when deciding between these two models it really depends on what you’ll be using the device for. Here are the main features of both, how they compare to each other, and which one you should choose based on your needs, tastes, and budget.

About the Fitbit Surge

Through some genius marketing and the benefit of a more health-conscious culture, Fitbit has earned brand awareness almost similar to Kool-Aid or Band-Aid. What this basically means is that many users are calling their step tracking devices a ‘Fitbit’ when in actuality they may be wearing a Mio Fuse or a Garmin VivoSmart just to name a few.

Fitbit is actually the name of the company and their increased popularity has put them at the forefront of the fitness tracking device industry. Just because a device has name brand awareness doesn’t necessarily make it the best though.

One of the more popular devices in Fitbit’s Smartwatch-style tracking line is the Surge. To put it bluntly, the Fitbit Surge is an activity tracker/pedometer that has hung out at the Balco Labs too long (on steroids).

Of course, this is a good thing as the device still performs all of the activity tracking functions that have made Fitbit such a household name but with new additions that will improve the overall buying experience. Of course, these new features and functionality don’t come without a cost as the Surge represents quite an investment at $250.

The first asset of buying the Surge is getting the peace of mind of purchasing the product from an industry leader. Fitbit has been working on its algorithms and technologies since 2013 and the results are pretty phenomenal. The Surge is literally diagnosing your body 24 hours a day working as a pedometer and activity tracker, a heart rate monitor, and sleep monitor all in one.

Data is available in real-time with a swipe of the finger (thanks to touch-screen technology) so a user can view how many (or how few) steps you’ve covered, how many calories have been burned, floors climbed, and minutes currently active.

The device can also be set up for a variety of workouts such as circuit training, bike riding, running, and bpm training thanks to the embedded heart monitor (not swimming though as the Surge doesn’t like a splash – isn’t waterproof).

Perhaps the biggest addition to the Fitbit Surge is built-in GPS tracking.

Inactivity trackers that don’t have this feature, you’re forced to jam a Smartphone into your pocket or onto your bike but the Surge allows you to run free as it picks up the satellite signal. This is especially crucial for mapping routes and tracking progress without a bunch of intermediary steps.

Some Things to Be Desired (Cons)

When we say that the Fitbit Surge is a pedometer on steroids it’s important to note that it’s also a device seemingly with an identity crisis. While the features for monitoring and recording activity 24-hours a day are nice the piece is also kind of large and bulky which hinders its appeal when worn at a business meeting, a night out, or while sleeping.

Are you using this for race training and while exercising or just to track your daily activity because the sporty, rectangular look implies you can’t have both? Many of the competitors used solely for tracking steps and displaying notifications are sleek and inconspicuous instead of instantly drawing the attention of others.

Is It a SmartWatch?

One thing that should be noted is that the Surge is not going to allow you to browse Facebook during a business meeting or even notify you when a celebrity blocked you from Twitter. The extent of the notifications on the Fitbit Surge is caller ID and text and you can’t even respond to them.

It would be nice to implement everything we want into a Smartwatch but supposedly that’s what tablets and laptops are for.

With a lot of fanfare and hoopla, the Apple Watch was finally debuted in April of 2015, of course not without some inevitable bugs. First things first, consumers should know that the Fitbit Surge and Apple Watch really aren’t competitors necessarily, with each device serving its own, distinct functionality.

Granted both devices can track fitness and relay notifications, but the Apple Watch is sold mostly as an accessory for the iPhone (5 and later) so if you don’t have one, you’re really not the target demographic.

There is also a lot of pressure for the Apple Watch to succeed. For one it is the first new product released by Apple for 5 years as well as being the first device developed after Steve Jobs’ death. This sense of urgency should translate to a great release….should.

The first thing to note about the Apple Watch is that it is indeed one of the more functional Smartwatches on the market. For example, many of the devices such as the Fitbit Surge are great for showing notifications but don’t offer you the ability to do anything with them.

The Apple Watch is one of the few that lets you respond to texts from your wrist either by typing or with voice dictation. This is just one instance that shows that the Apple Watch was meant to be used in 15-20 second bursts and as a sidekick to your phone instead of a replacement.

At the core one of the most important things a Smartwatch should be is an actual watch. Apple accomplishes this nicely by including a feature called Glances which basically when you look at your device to get the time you also see the information that is important to you such as the temperature, your current location, and upcoming meetings and calendar events.

This feature alone improves the overall functionality of the watch which really goes to the next level when you consider that every notification sent to an iPhone can be displayed on the watch.

Users can make and receive phone calls right from their wrist while also accessing Siri, read emails, listen to music, etc. With a heart rate monitor, the Apple Watch also has fitness tracking capabilities. Those using the Apple Watch for fitness can program it for bike rides, runs, and gym workouts but also for tracking steps during the day.

The device tracks when you are sitting or standing and will send you a notice to get moving if you’ve been sitting for an extended period of time.

The Apple Watch shows a snapshot of your daily activity in 3 rings that include 1) calories burned 2) how many minutes of activity and 3) idle time spent standing or sitting. The goal is to complete each ring every day and the visual display serves as a nice motivation. 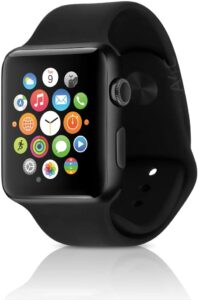 A nice touch that the Apple Watch provides is the ability to select from 3 different face styles and 30+ bands that are easily swapped out.

This helps the user customize the looks of their watch more to their lifestyle or career. With a touch screen, voice commands, the familiar Apple ‘action’ button on the side, and a scroll button the Apple Watch is very easy to operate.

The Apple Watch is also very inter-connected. For example, it’s not hard to envision the development team seeing a typical user’s day as receiving a notification of an appointment, speaking into the device to send a text that you’re on your way, using Siri to get directions, listen to music on the ride, then when arriving quickly swiping through any notifications you missed while focusing on the road.

Of course, using an Apple Watch is also stringent on owning an iPhone so if a person was contemplating between it and a Fitbit Surge a lot depends on what cell phone you have. Also at a $349 starting price you’re feasibly investing $1,000 or more just on your phone and accessories which isn’t in every user’s budget.

Which device you chose really depends on what your intended ‘main’ use is. Fitbit the company really is dedicated to fitness tracking and its resources will be put into updates and improvements that will improve that capability while also adding some convenience perks such as text notifications.

The Apple Watch is more of a well-rounded device that can be used more closely as a phone than really any Smartwatch on the market. Plus they have an upgrade scheduled in the fall which should improve the response time and fix some of the other bugs with the first release while also expanding available apps.

With two relatively high-priced devices, the performance and capabilities are solid enough that you really can’t go wrong with either. Ultimately, it comes down to your intended usage.