Both the Sony Smartwatch 3 and Moto 360 watches are viable alternatives to Apple’s popular Apple Watch. The Sony Smartwatch 3 earns recognition for its built-in GPS and stylish design. The Moto 360 is easy to customize and is an upscale watch with an abundance of helpful — even essential — features.

The Smartwatch 3 caters to users with an active lifestyle and has a number of standalone functions that work with or without a smartphone. The Moto 360 offers different sizes and styles for men and women. You can also enjoy some wireless functions without a smartphone as well with this watch, such as the ability to stream your favorite songs no matter where you are.

While the Smartwatch 3 and Moto 360 are similar in some ways, it’s their differences that really stand out.

Overview of the Two Watches 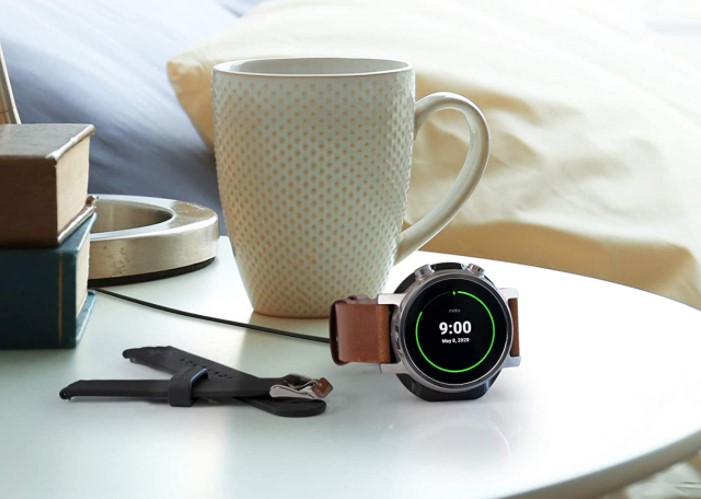 The Moto 360 runs on an Android operating system. It’s not as flashy as some other smartwatches on the market, but if you appreciate its classic wristwatch design, you’ll find it to be a great addition to your wardrobe. Part of the 360’s classic design is its traditional circular display area.

Take a look at other smartwatches on the market and you’ll find that most have a square display. Fans of the Moto 360’s circular design note that it fits comfortably on most wrists and provides a fast, easily accessible space to view essential information.

You can step out of the office and hit the pavement for a run, as this watch has a heart rate sensor along with a dust and water-resistant exterior. Other highlights include WiFi connectivity and an ambient light sensor that automatically adjusts the screen visibility depending on the surrounding brightness.

The Sony Smartwatch 3 has a large square display. This is great news for anyone who wants easy access to vital information or who would rather not squint to see updates and messages. It’s not as stylish as the Apple Watch (or even the Moto 360) but this Sony watch is just as competitive in many other ways. For example, you can personalize it with a range of exchangeable wrist straps.

Dress it up with a formal or sophisticated wrist strap or have some fun with a brightly colored or casual style. You can even wear it during your next workout as it has a fitness-style strap as well. As with the Moto 360, this watch also has a water-protected exterior. Hands-free operation is quite simple — all you need to do is speak a command into your phone.

If you’re considering a smartwatch, you’ll want to make sure that it has all the features you’ll need. Fortunately, neither watch disappoints in this category. Some features are essential while others make life that much easier. Here’s a look at the key features for both models.

Style and design: The Moto 360 stands out more for its classic and stylish design. The watch has a traditional circular display area, which earns mixed reviews among consumers. Many other smartwatches, such as the Sony Smartwatch 3, have a larger square display area.

While some consumers may find the square display to be a bit bulkier, others argue that it’s better for visibility. It’s easy to find the right watch for your wrist, as both models can be customized. While the Moto 360 has several different case sizes, bands, finishes, and bezels, the Smartwatch 3 offers several wristband styles.

Overall, the Moto 360 stands out more in the style department. This is especially true if you’re interested in customizing the watch. Unlike the Smartwatch 3, there are various sizes for men and women. You can also dress up your Moto with a mix of bezels and finishes – the Smartwatch 3 doesn’t offer this much design flexibility.

Functionality: Both watches use Android Wear. With this software, you can view the most useful and personalized information with a quick glance. It’s also possible to command your watch without touching a button thanks to voice recognition.

Sony recommends voice input as the fastest and easiest way to interact with your watch. Communicating with the Moto 360 is a breeze. The watch syncs with any smartphone using Android 4.3 or higher. Are hands full? Simply say “Ok, Google” to access the information you need without pressing a button.

Fitness Tracking: Whether you’re already in shape or are just getting started, the Moto 360 can help. If you need a bit of extra motivation or are seeking assistance, Moto Body is there. This built-in activity tracker keeps close watch over your daily fitness efforts.

You can even count on it for coaching advice — and a weekly summary of your latest performance. Sony’s Lifelog app is similar in a number of ways. Advanced sensor technology displays accurate heart rate readings, including highest, lowest, and average beats per minute. The watch can also count steps and calculate speed during activity. It can even monitor your sleep.

The Moto 360 pulls ahead of the Sony in terms of style, in part because of its classic round watch display area. The display gives you up-to-date information without adding extra bulk or weight to your wrist. Men and women appreciate having separate sizes and styles to choose from, not to mention a wide range of customization options.

Another area where the Moto 360 really stands out is its generous amount of features. From Moto Body, which provides coaching advice, to features such as an ambient light sensor, wireless charging, and WiFi connectivity, even if your phone is out of range, these features are selling points for many consumers.

One of the biggest complaints among consumers is the subpar battery life. While this watch should get you through a typical workday, you’ll need to charge it as soon as you get home.

If you use your watch constantly throughout the day, the battery may even run out of juice before you can return the watch to its charger. Another downside is that there’s no way to receive or answer phone calls through the watch.

How Moto 360 Compares to others 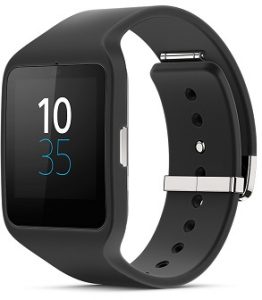 Its built-in GPS is one of the most coveted features of the Sony Smartwatch 3. The feature is particularly appealing to runners, as it tracks any workout without requiring a phone. This watch also has a built-in USB port for charging, offering convenient charging without a dock.

The Smartwatch also smoothly runs Android Wear. Whether you want to install an app or send a text message, you can count on fast and efficient performance.

While the GPS feature lures a lot of athletes – particularly runners – with its built-in GPS, there are many complaints regarding lost signals and inconsistent GPS readings, especially when the band gets wet or sweaty.

Another low point among consumers is the fact that this watch doesn’t offer heart rate monitoring, unlike many similarly-priced competitors. The strap also picks up a surprising amount of dust and dirt, even when cleaned regularly. 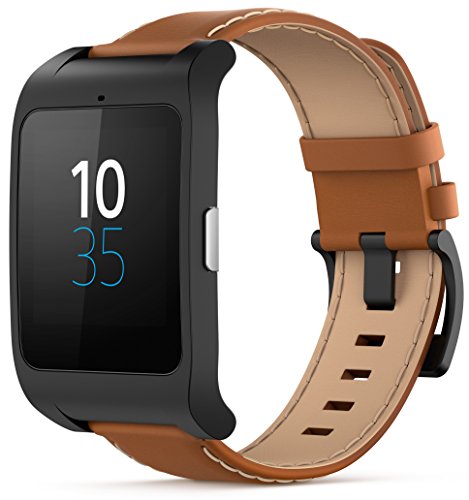 A side-by-side comparison of both watches can help you determine which one is the best fit for your budget and lifestyle.

If you’re looking for the best bang for your buck, the Moto 360 is it. While the Sony Smartwatch 3 also has a lot to offer, it lags behind in terms of overall features and functionality, particularly with such a high price tag. At first glance, both products are similar in many ways.

Aside from sharing the same memory and storage sizes, both run the Android Wear operating system. Screen sizes are also nearly identical.

However, they are also quite different in many ways. The Sony watch has a traditional square shape that makes it look more like a fitness watch, while the 360’s modern circular shape ensures a more modern and upscale appearance.

Don’t count the Smartwatch 3 out altogether, though. It still has a lot to offer, especially if you’re looking for longer battery life and silky smooth operation.